We had eight parties at the bakery in the last nine days. EIGHT! NINE! That's a whole lot of whimsy. I've lost track of how many parties we've had total so far, but it's a lot. From throwing parties for my own kids and talking to other moms, I've come up with some helpful party tips- both for party throwers and guests. Thus, may I present:

Just like ordering a custom cake, please be upfront about your budget. Make a list of the things you want to include at your party.

Then put them in order from things you can't live without to things that would be kind of nice to have. Then, go down your list and plan for as many things as your budget will allow. It's ok if you don't get everything on your list. Really. It leaves something for next year! 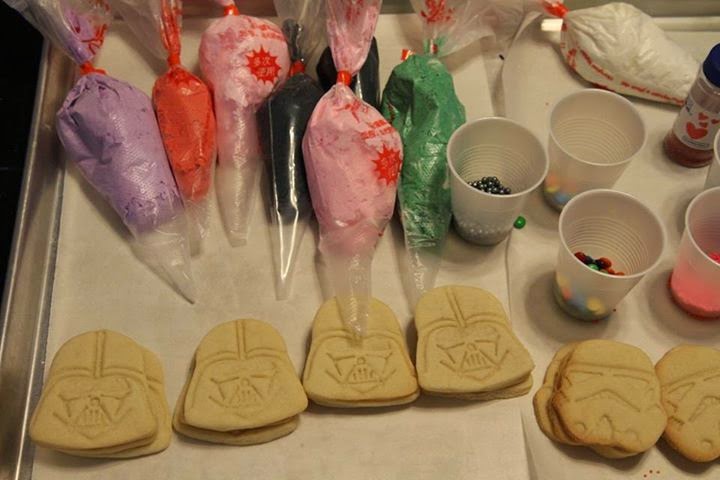 There are a few ways to save money on your party costs (so you can have a bigger cake budget). I'll do a separate blog post on that sometime. 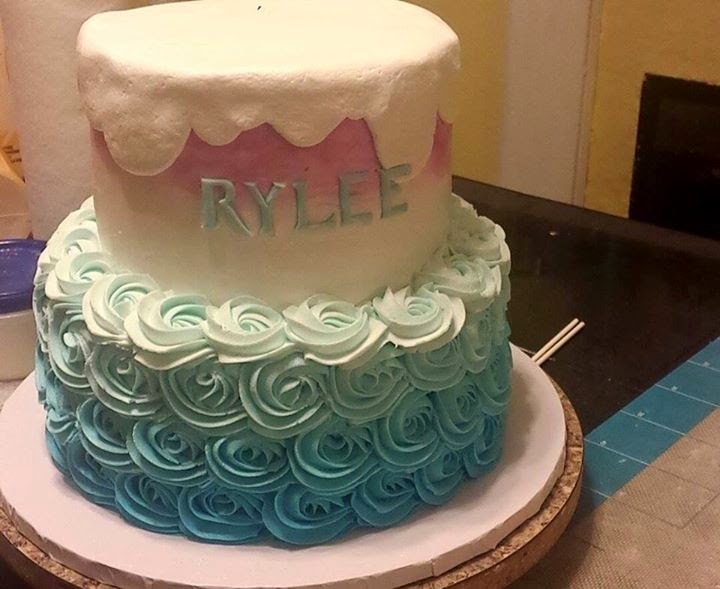 I want you to have an amazing party experience. I love when I'm able to give someone everything they want. But sometimes, if you try to do too much, you drive yourself crazy. And that's no fun. Let's keep it real.

The sooner you decide what you want, the better. Some party dates book up earlier than others. For example, every day in January fills up weeks or months in advance. Book early. 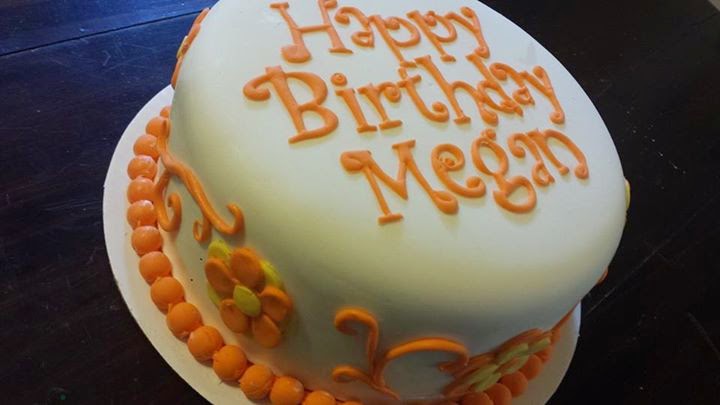 I know. People are terrible about RSVPing. I know. But they're a little better if you give them multiple ways to respond. Put your phone/text number on there as well as an email address. Some people are just more comfortable replying online or via text.

At the end of the day, we're talking about birthday parties for kids. It's ok if your streamers clash with your shirt and the birthday girl gets in a fight with her brother and calls him a "football word" name in front of your in-laws. That's life. Real parties aren't how they look on Pinterest. These are kids. Expect them to be kids and you'll have a much more pleasant party experience.

What a strange thing to hear from someone who makes a living selling parties! But I'm a mom, too. And, as a mom, I'm telling you to think small.
Little people have little hands and little mouths and little stomachs. They don't each need a huge hunk of cake and a pint of ice cream and five pieces of pizza. It's totally fine to plan on small portions for small people.

Also, think small in your party activities for younger children. Too many activities can be overwhelming for little ones. Cakeapotamus is already a visually stimulating environment (I mean, there's a pink fish on the wall that most people don't notice for about ten minutes, for pete's sake), so keep that in mind as you plan your decorations and activities. For older kids? Bring it on.

But, hey, parent of little kids? Save something for later years, ok?

This goes along with managing expectations. Try to go slowly with your activities and especially your pictures. It's a party! No stressing allowed. And when you're taking pictures, slow down, everybody! 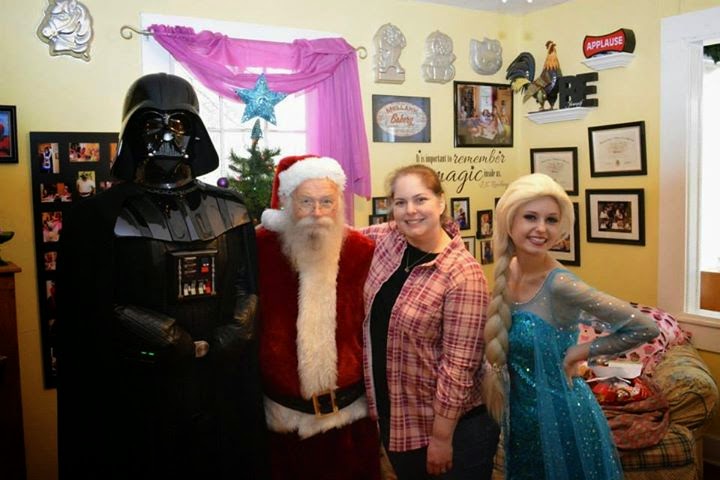 Your character host is NOT in a hurry to get done with pictures. They don't mind posing with your kid for a while. I promise. I made them stand there for about 20 minutes to get the picture above. You can take it slow and easy. You get better pictures when you don't rush- the kids smile more easily. And don't forget to take candid shots at your party- sometimes, those turn out the best! 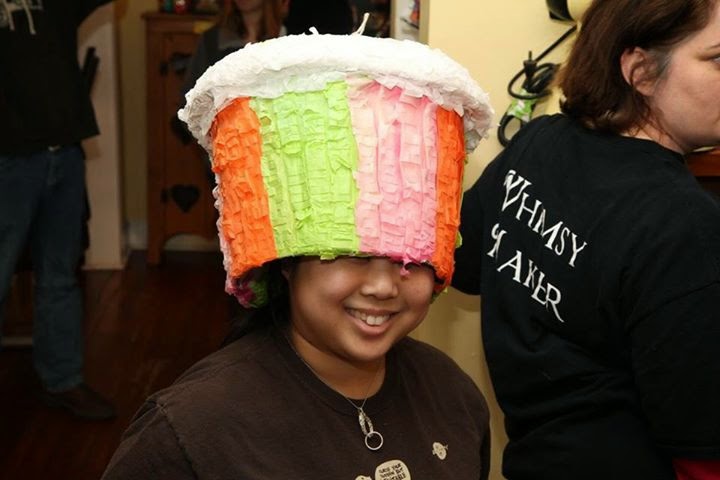 We love our character hosts! They add magic and whimsy to parties in a way that I never anticipated when I built this bakery. Seriously, I never saw this part coming. But as much as we love our characters, some of the little people who come to the bakery can be a little shy at first. It makes sense, really. The kids don't know how strict the standards are for hosts and hostesses at Cakeapotamus. They don't know how carefully the performers are screened before they come to the parties. They just came for a cupcake and-holy-crap-is-that-Darth-Vader??? So, if your little person is shy, that's fine. The characters are really good about giving shy kids (and adults) space. 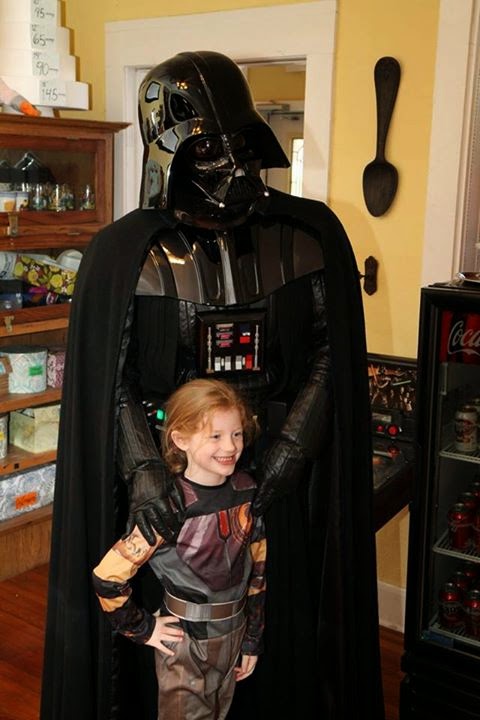 Make a Plan but Be Flexible:

Do you want to open gifts at the party or wait until you get home? Do you want the traditional birthday song or something else? Regular candles or trick candles? A craft activity? A game? It's helpful to have an idea of things you want to do at your party. Keep your expectations loose, though. Sometimes, the unplanned 20 minute lightsaber fight that erupts after the kids decorated the paper towel rolls is the part they remember best.

Yikes. This is a hard one.
By all means, listen to the birthday kid's input on party theme or cake flavor. Or if there's something special that they've been talking about for weeks, let us know! We can try to make it happen. 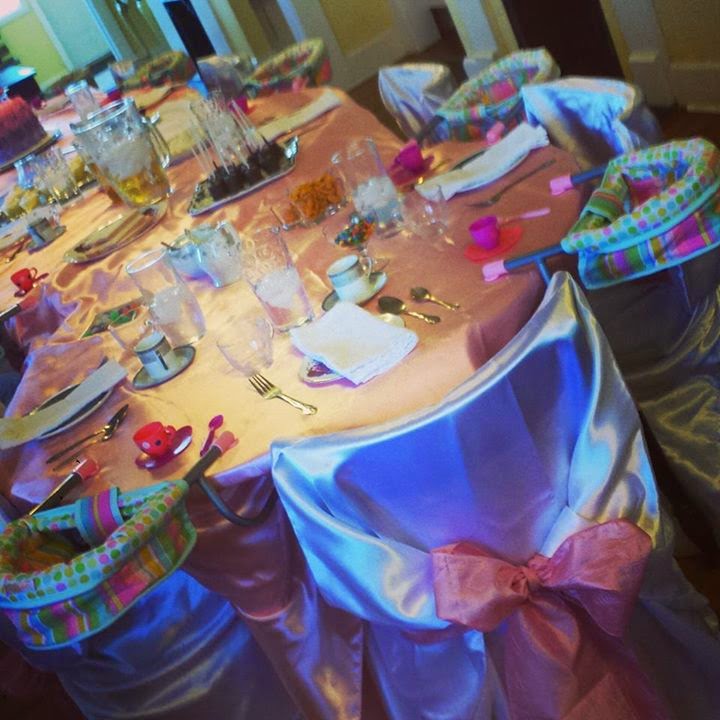 BUT!
The party and most of the decisions need to be made by an adult. Preferably, the adult with the money. You do not need to ask a four year-old's permission before you buy the more affordable princess plates or order the cake. Partly because they're a kid and they don't fully appreciate the options and budget and other considerations that go into a party. Partly because you shouldn't have to ask your child for permission to do anything. And partly because, when your child has too much input into their party, you're denying them the chance to be surprised by the magic you created for them.

Really? This needs to be said? This happened.


R.S.V.P. stands for "repondez, s'il vous plait". That's French for, "For the love of corn, tell me whether or not you're coming so I know how much food to make." Seriously. Take 2 minutes and send a text or email to the party host to let them know whether or not you or your kid are coming.

Google it. Make sure you know where you're going and how long it will take to get there. Being late will just stress you (and your child) out.

Put the Numbers In Your Phone:

Of course you already have Cakeapotamus's number in your phone. 334-737-6049. Put it in your contacts list. Right now. I can wait.

Now, just in case! If you get lost, if there's traffic, if you get stopped by the Big Bad Wolf... have the party host's number in your phone. And the party venue's number and address. Just in case.

If you want to be super prepared, get some mom cards. You know, those cards that have your name, email, and number and say you're "Cody's mom" or "Caden's dad." You can hand them to other parents to set up future playdates. Or, if you get a flat tire on the way to the party, you can give one to the party host and leave your child at the party while you get your car fixed. (It's happened twice.)

Bring Your Camera, Charge Your Phone:

And if you get good pictures, share them with the birthday kid's parents. They're sometimes too busy to see everything and they'll appreciate the gesture. 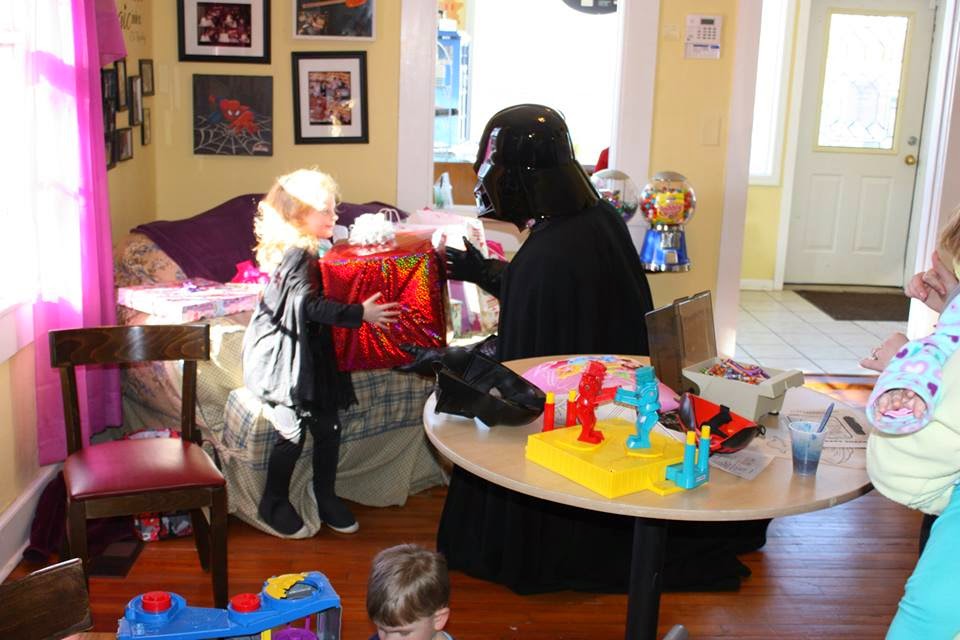 Keep Your Children Under Control:

Everyone knows kids can sometimes be wild. Goofy. Rough. Fast. But everyone also knows that it's the parents' responsibility to handle their children's behavior. You are responsible for your children when they go to a party. Please keep an eye on them. Don't be the parent who is completely oblivious as their kid breaks things and hits others.
If your child has a history of getting into trouble, being rough, or breaking things, maybe you shouldn't drop them off at a party and leave. Don't assume a birthday party is free babysitting, y'all.

**I have pictures I could put here to illustrate this point. I even have video. But I won't. Somebody owes me a KitKat for that.**