**Note to the cakepots: Man, you guys... the pictures I could have chosen for this post... wow. Also, if there's not a picture of you in this post, it's because I had a hard time finding one that was: 1. family-friendly and b. Doesn't create more questions than it answers.

Goodness, I haven't blogged in a while! Sorry... or not? Does anyone ever read these things? The truth is, I've been so busy since the shop opened! I have been too busy having a bakery to have the time to write about having a bakery. But today's an off day, so here are some thoughts. For fun. For posterity. For Narnia!

Here's the thing... opening the bakery has been... different... than I expected. Owning and operating Cakeapotamus has had some unforeseen consequences... really, nobody could have seen this coming. I expected the long days and nights. I expected to make mistakes and learn a lot. I hoped for awesome clients who appreciated the quirky little vision I had for the place (and I got them!). I did not anticipate, however, the cakepot crew.

Did you know there's a cakepot crew? 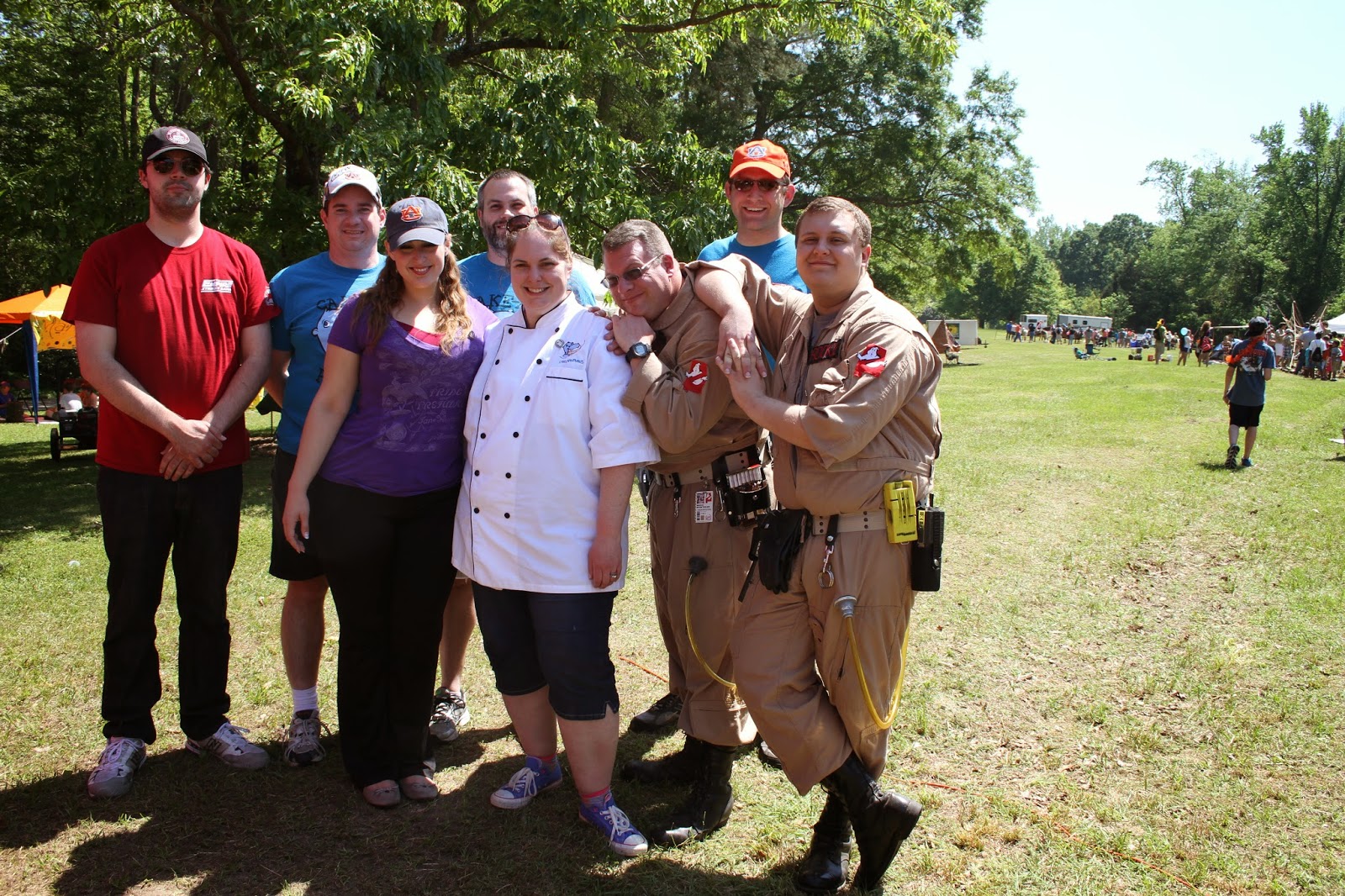 To be clear, they're not mine. It's not like I own them or they work for me or anything. But they are the people who, for whatever reason, choose to use their time and talents to  make magic at the bakery. In exchange, I give them cookies and cake and tell them how great they smell. Really. Or maybe it's that I give them outlets for their whimsy? Hmmm...

There are actually around a dozen and a half of them. And the bakery wouldn't have made it the first year if it weren't for them. They're a magical blur of pranks and inside jokes and quirkiness that make my life better than I ever thought it could be. Any one of those faces walking through the door means my day is automatically better. And for that, I am truly grateful. 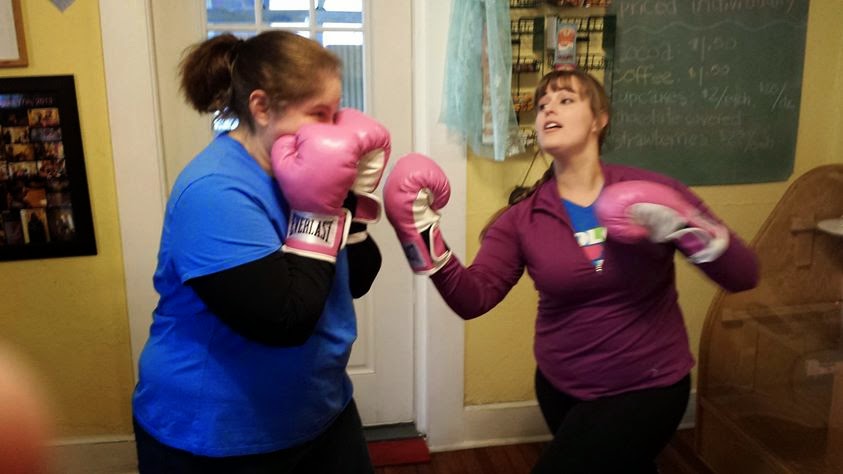 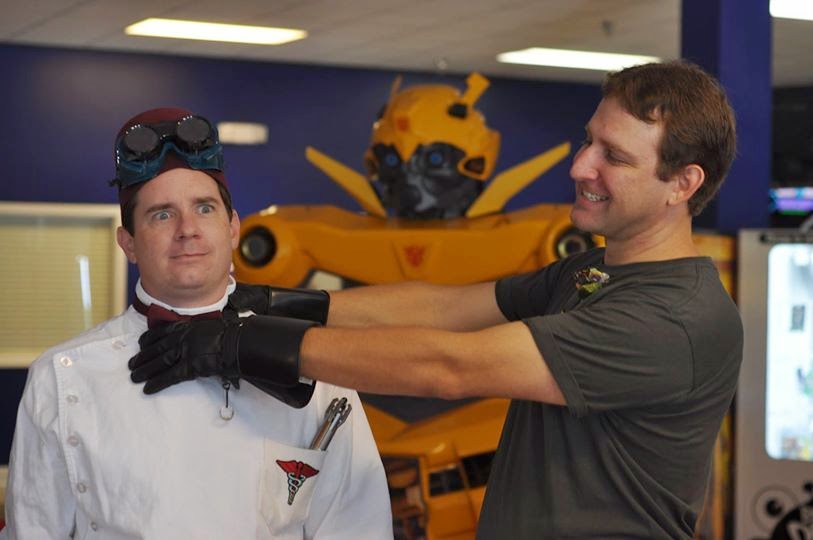 If you've been around Cakeapotamus for any amount of time, you've probably seen some of them. A few of them can be seen lurking around the bakery wearing shirts that say "Whimsy Maker." 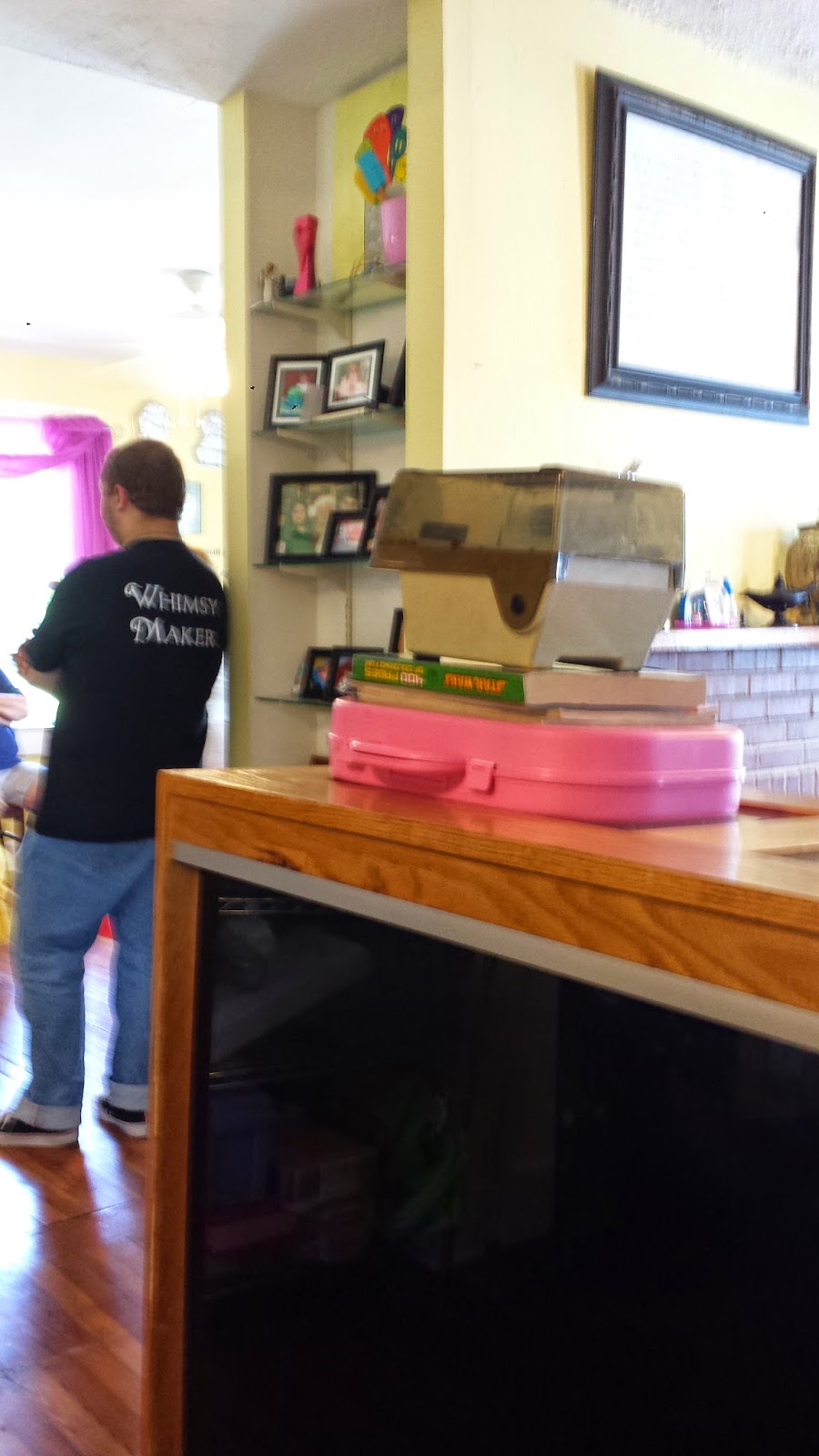 Some of them take pictures at parties and events. 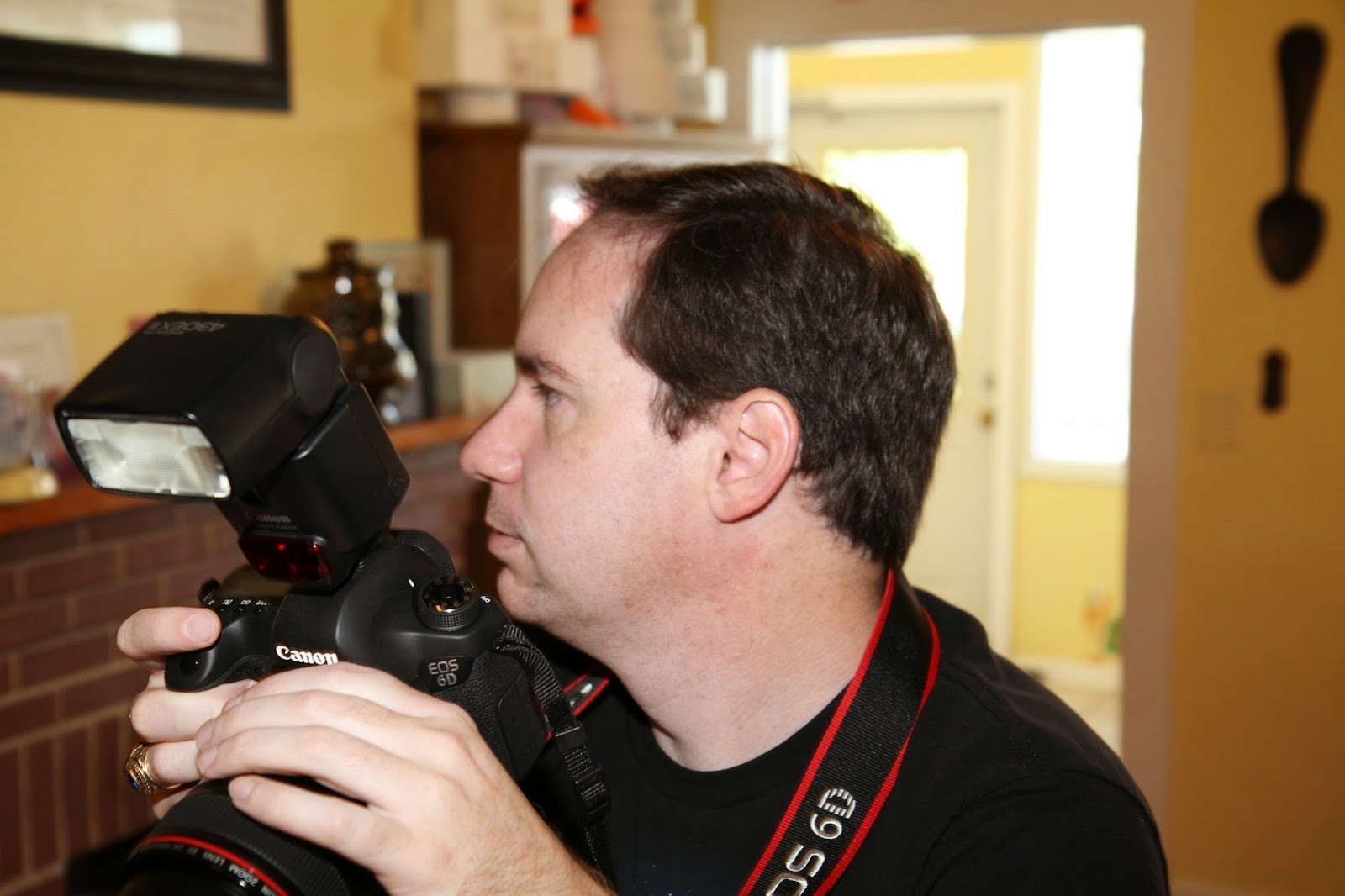 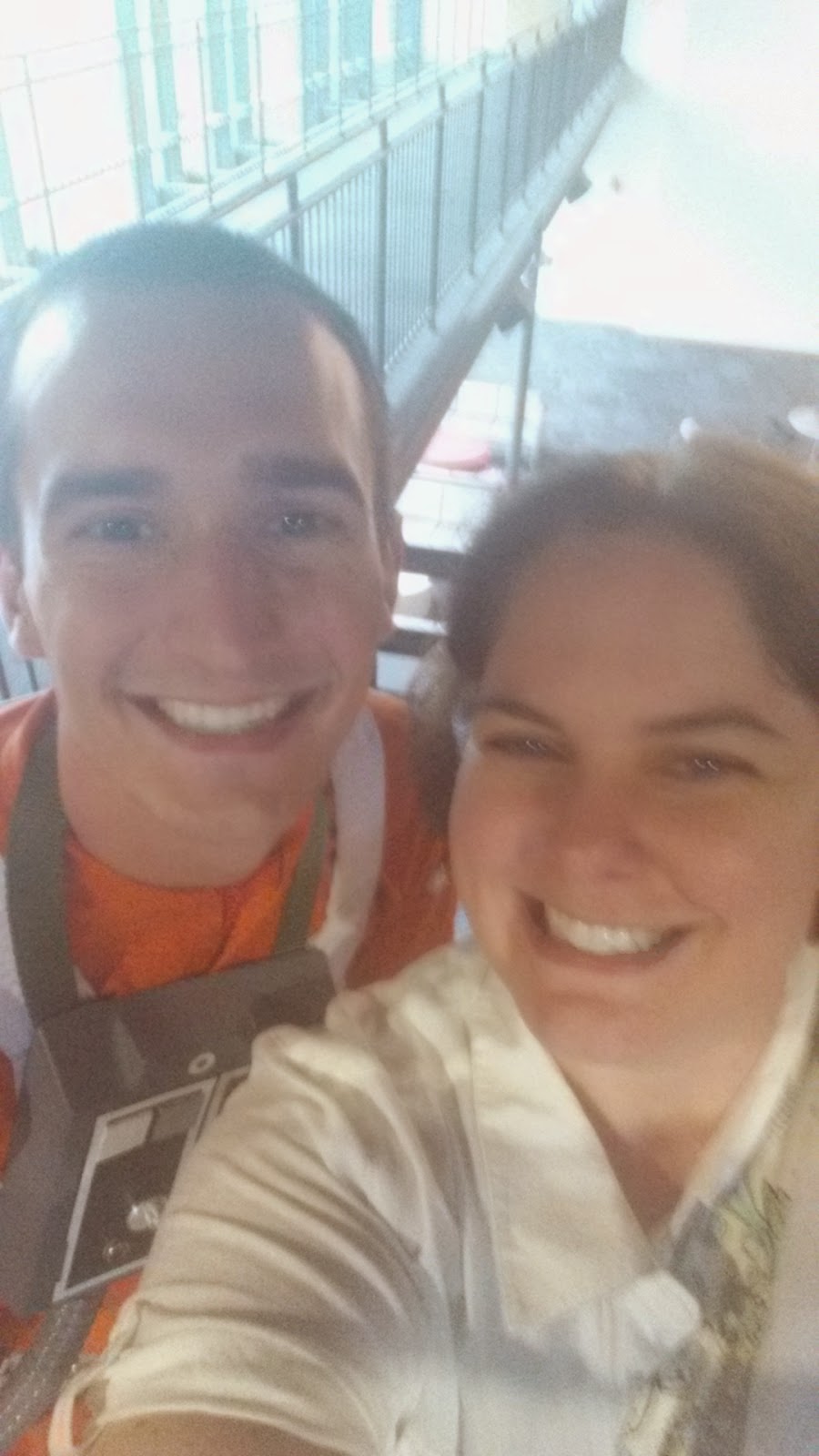 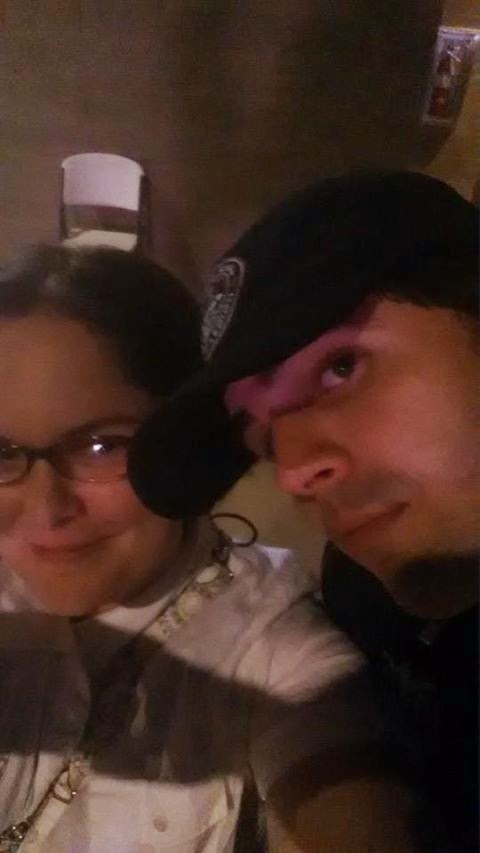 Believe it or not, this group actually does things together away from the bakery! 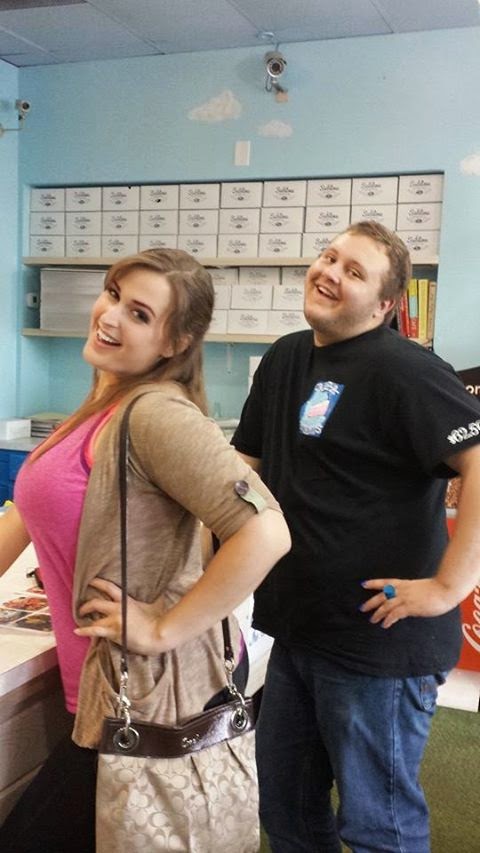 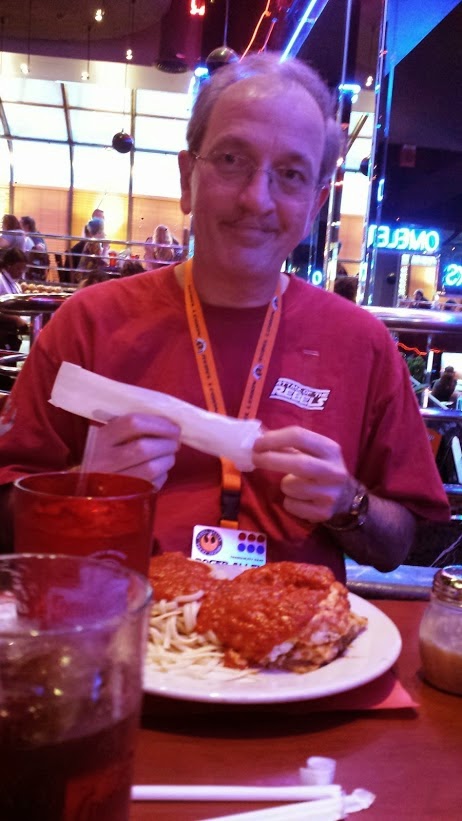 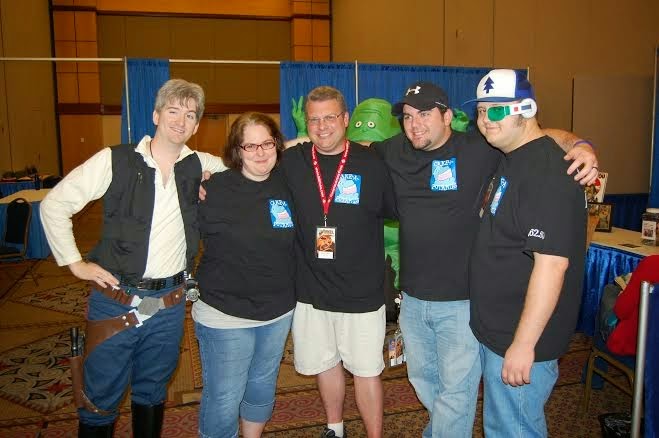 I honestly have no idea how this collection of magical weirdos happened. Some came to the bakery for an event and they got caught up in the whimsy. The next thing you know, we're hanging out in a hotel room in Atlanta: 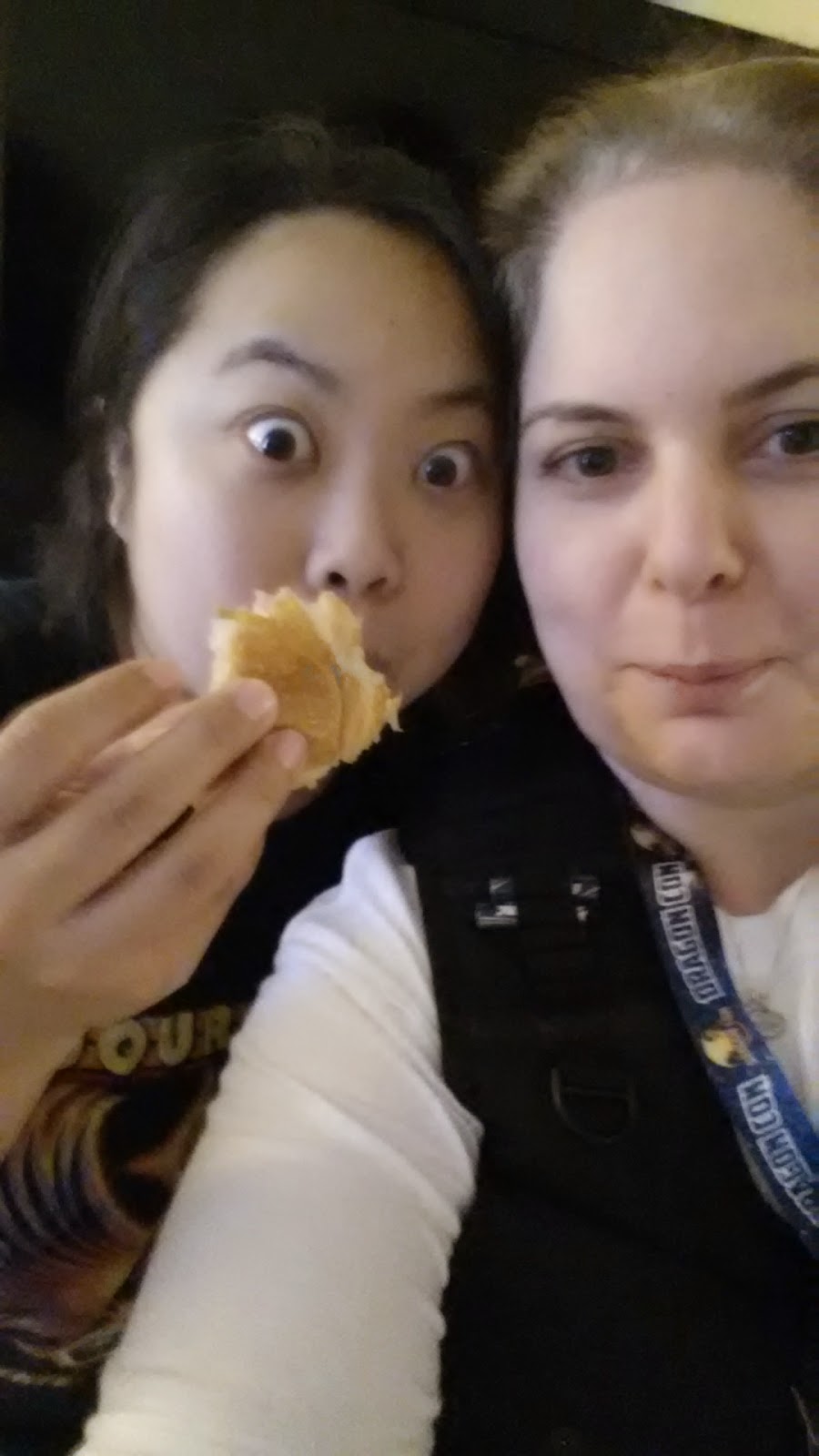 Some are cake people with whom I hit it off. The next thing you know, we're hanging out in a hospital room in Albuquerque: 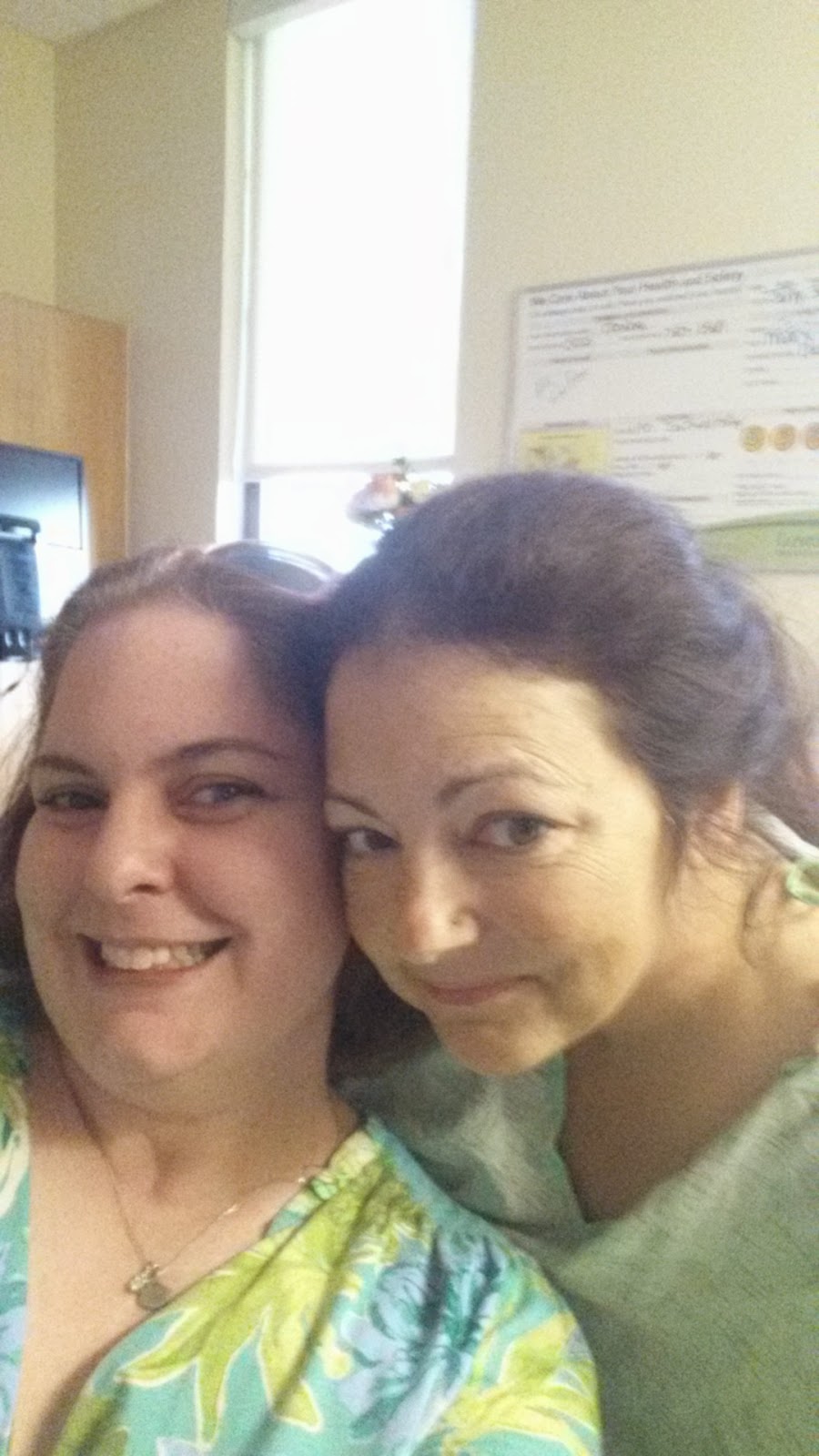 Some have been around for years and years, tolerating my wacky schemes: 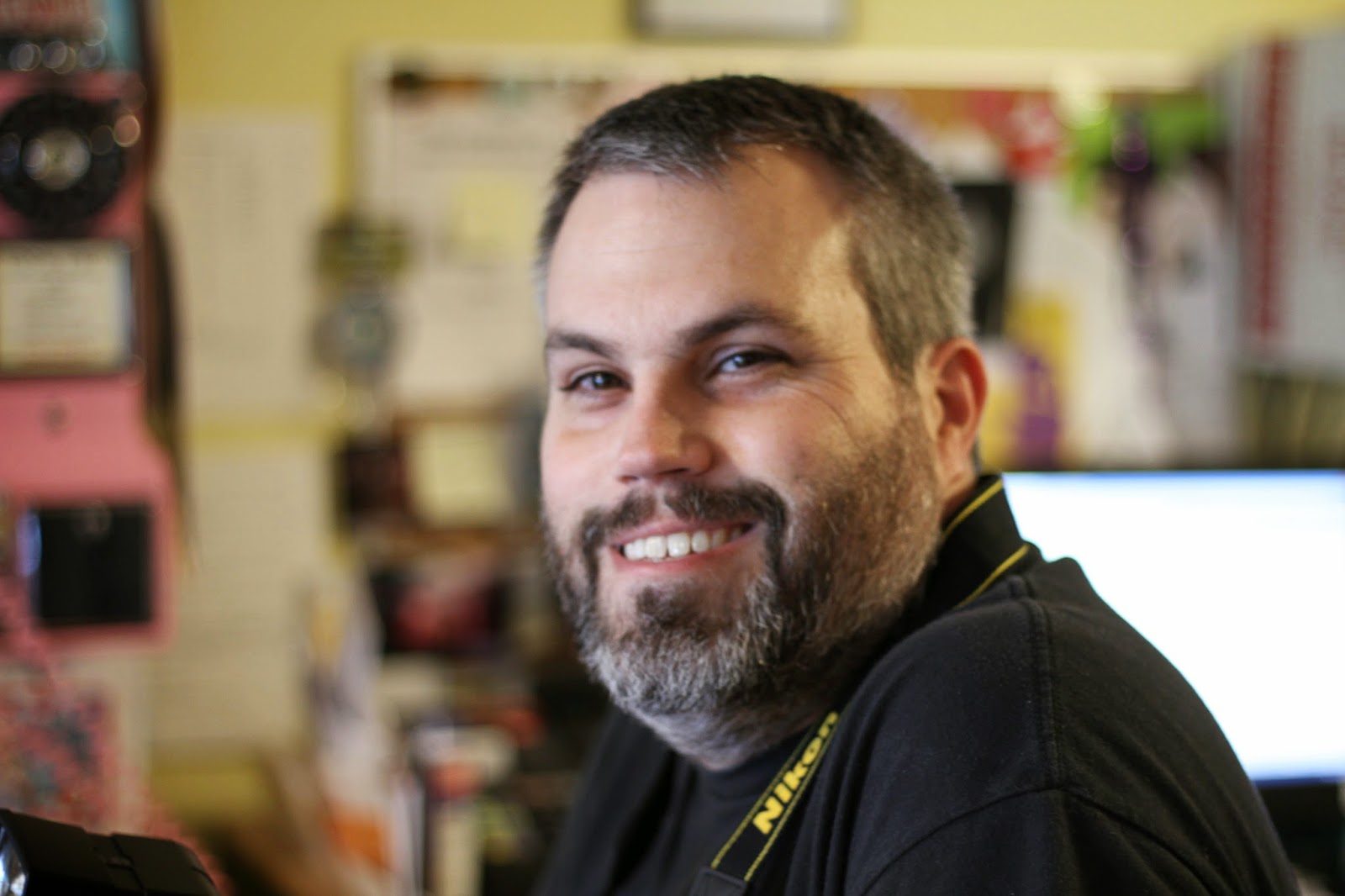 Some only appeared when the bakery opened, but then they turned out to be part of the tribe. The next thing you know, they're taking pictures in their Cakeapotamus shirt next to the Stanley Cup: 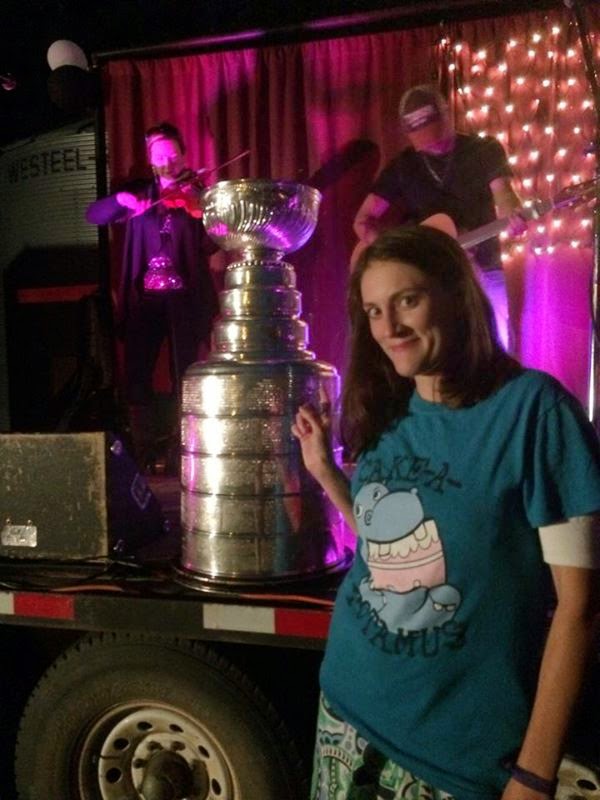 These are the people I can call for anything. Anything.
"Mike, it's raining and we're at the storage until and we just bought a display case for the bakery we might open one day, and it's too heavy to get off the truck. Help!"
"Chris, I need a Little Free Library that looks like a Tardis."
"Matt, I'm gonna open a bakery and I need you to get Darth Vader to come to the grand opening."
"Paula, someone in the cake world is being mean. Say bad things about their mom."
"Rookie, let's go to Atlanta and visit the children's hospital. Right now."
And they always come through.

When I want a sandbox for the side porch: 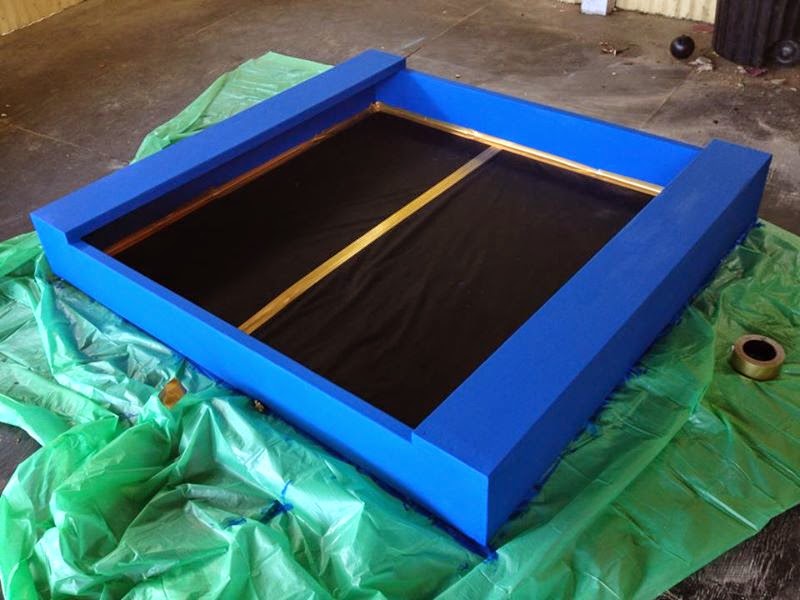 When I buy a pirate wheel online with no idea of how to attach it to anything, but wouldn't it look good somewhere? 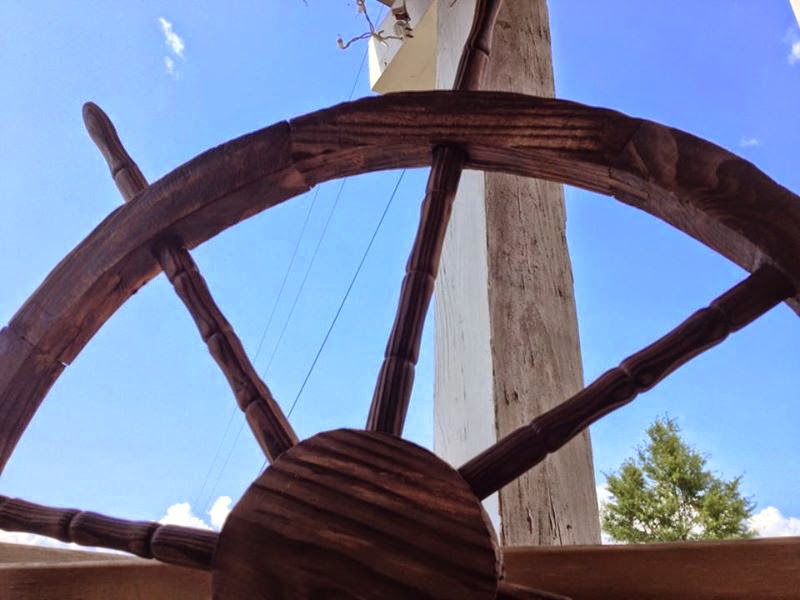 When I want to throw a last-minute going away party for a kid who will one day be a part of this tribe, too: 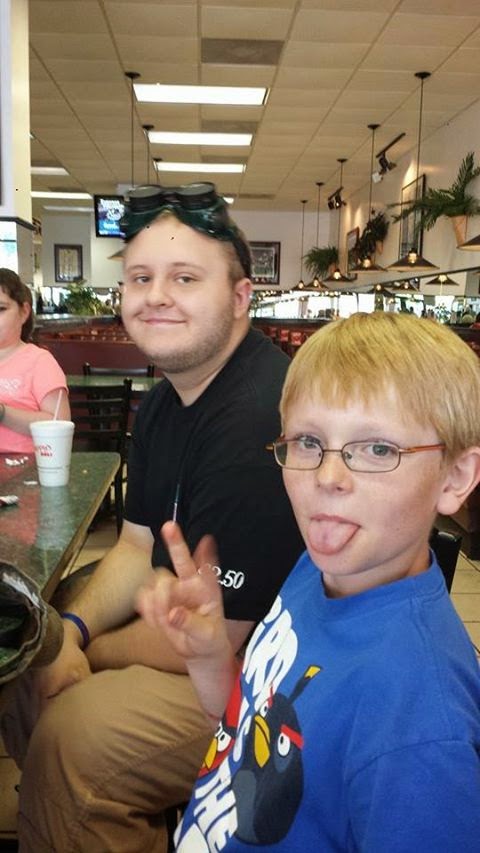 These people have come to my rescue more times than I can count. They take my random, crazy schemes and make them a reality. They can do anything.

If you would have told me a couple of years ago that my life would include these amazing people, I wouldn't have believed you. So now, as I am about to turn 26 (again), I am recording it all here. OK, not all of it. I could write a book about each of them and what they mean to me and the bakery. But... it's probably best to leave some of a lot of it to the imagination.