I admit... I'm not a big fan of making cupcakes. For me, they're not as satisfying as making a cake. I don't know why- probably my short attention span. Cupcake making is much farther down the awesomeness scale than cake making:
Cake making... scrapbooking... embroidery... cleaning the closets... cupcake making... laundry.
See? Way down the scale. Nonetheless, it sometimes happens that I get into a cupcakery mood. Today was such a day. I decided to make pie cupcakes: 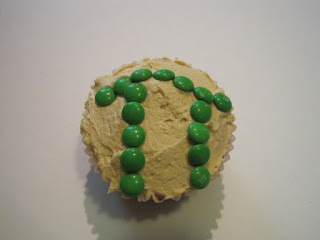 Bwahaha! See what I did there? I made a visual pi pun! Math is cool.
Ahem. Here we go: 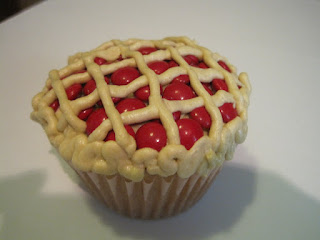 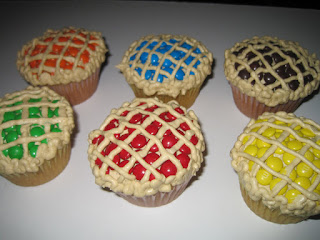 I got this idea from Cake Central. I think the person who made them on there got the idea from a cupcake book. Thus, I claim no creativity rights from these cupcakes. But they were fun... for a while. Remember that short attention span? It takes too long to pick out a single color. Let's just: 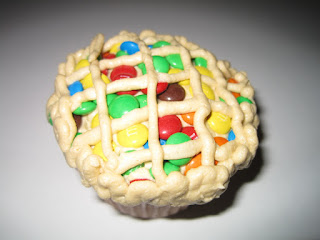 Yeah, that whole piping thing is taking too long. What if I just: 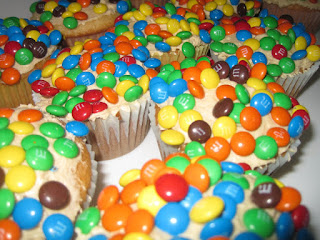 There we go.
p.s. Has anyone else noticed that green is grossly overrepresented in the color ratio of m&m's?
Posted by mandi at 9:59 AM No comments:

I got an e-mail from a Cakeapotamus fan in Chicago. She wanted a cake for her husband's birthday which happens to fall on Bastille Day. She wanted something French, but not a pink poodle, and she was willing to pick it up. Don't worry about how the pick up happened, let's focus on the cake. We decided on a strawberry and lemon layer cake with some French stuff on the sides. I made the cake, iced it, wrote "Joyeux Anniversaire, Philip" 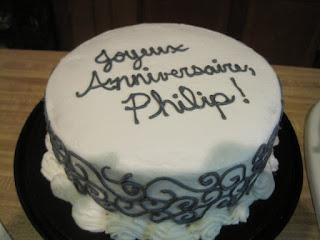 Then, I rolled out some gumpaste until it was very thin and I cut out little plaques. I used a food-coloring marker to draw some French images on the gumpaste: 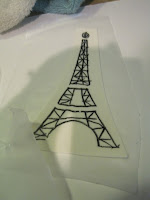 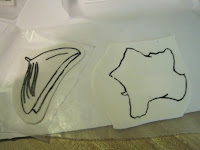 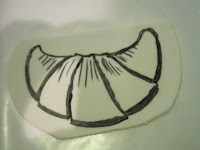 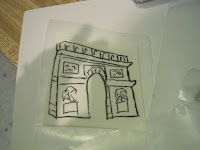 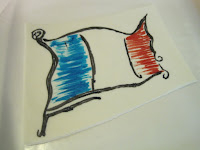 I'm pretty happy with those images...
I let the plaques harden overnight and then I put them around the sides of the cake. Et voilà mon gâteau français! 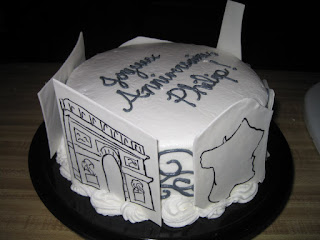 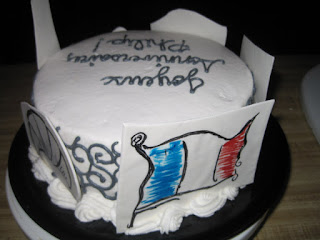 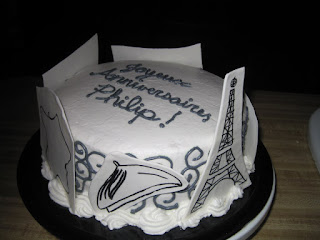