Being a cake decorator is great! You get to create something that is a small part of someone's special day. You get to create a part of their special memories. As cool as that is, though, sometimes I like to play a bigger role in creating a memorable experience. I tend to stay behind the scenes as much as possible, but I love coordinating, planning, and scheming to get everything to fall into place. Planning parties at the bakery has given me a good outlet for this. The geeky party was a good exercise in scheming. But immediately after Darth Vader left, it was time for something completely different.

As this child made her way home, exhausted, and overwhelmed with love for unicorns and the Sith: 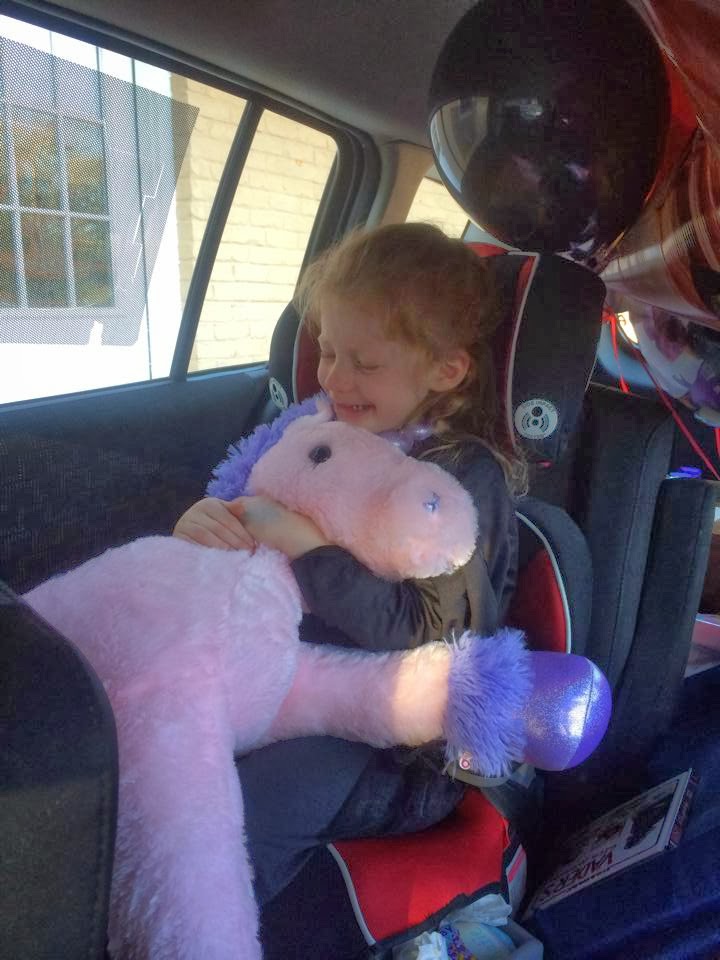 We were working quickly to take down everything Star Wars and replace it with snowflake decor. 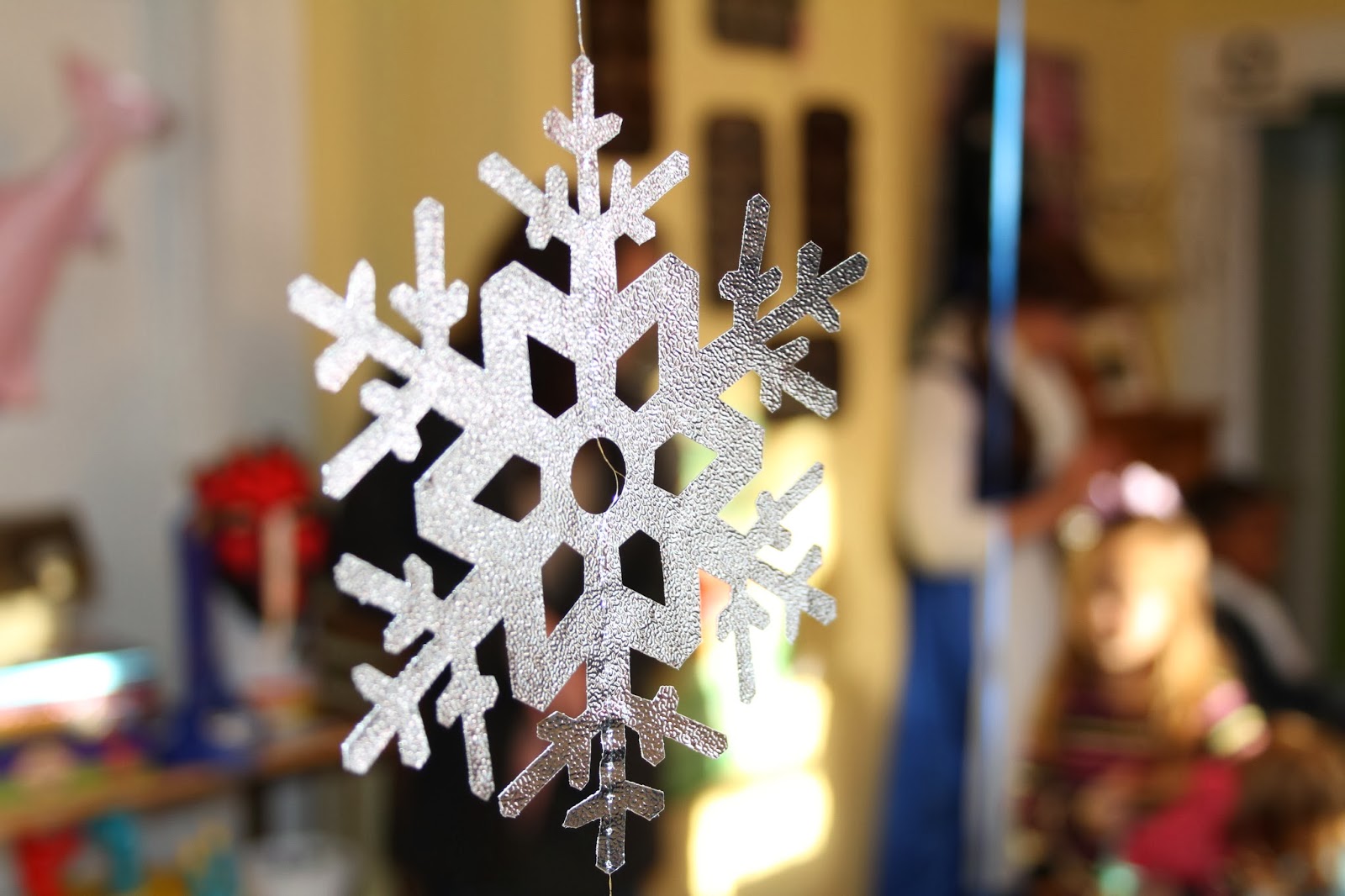 We had one hour between parties to switch the decor, sweep up, pick up the food, set up the tables, pick up the balloons, and change up the costumed characters. The first party set a dangerous precedent. There was a lot going on there. Theoretically, I wouldn't have to provide as much for the second party. It's not like the second birthday kid would know how much work and planning went into the first party.

Oh, wait. Yes, she would. She's my daughter. I have to give my own kid a memorable party, too! No pressure.

As I had with the first birthday kid, I'd been having a lot of discussions with my own kid about her party. Obviously, she spends a lot of time at the bakery so she knows how it all works. She has seen Ariel and Belle come for other parties and so it was a given that her bestie, Belle, would host her party.
She also knew that Darth Vader and the Ghostbusters were coming to the earlier party.

Then a terrible thing happened. We took the kids to see Frozen. Have you seen Frozen? It's good, right? So good, in fact, that my child decided she needed, not just a princess party, but a Frozen party.

Here's the good news: Snow-themed decorations are really cheap after Christmas.
Here's the bad news: My daughter wanted to send a birthday invitation to Elsa, the snow queen. She wanted Elsa at her party. And she absolutely believed that I could get her there.

Confession: It has been a string of lucky coincidences that got me access to the princesses, Ghostbusters, and Star Wars characters. I've been coasting on the generosity and good nature of others. I try to make their experiences at the bakery as positive as possible, but I'm awed that they come at all.

Then, a strange series of coincidences occurred and my mommy magic pulled through. 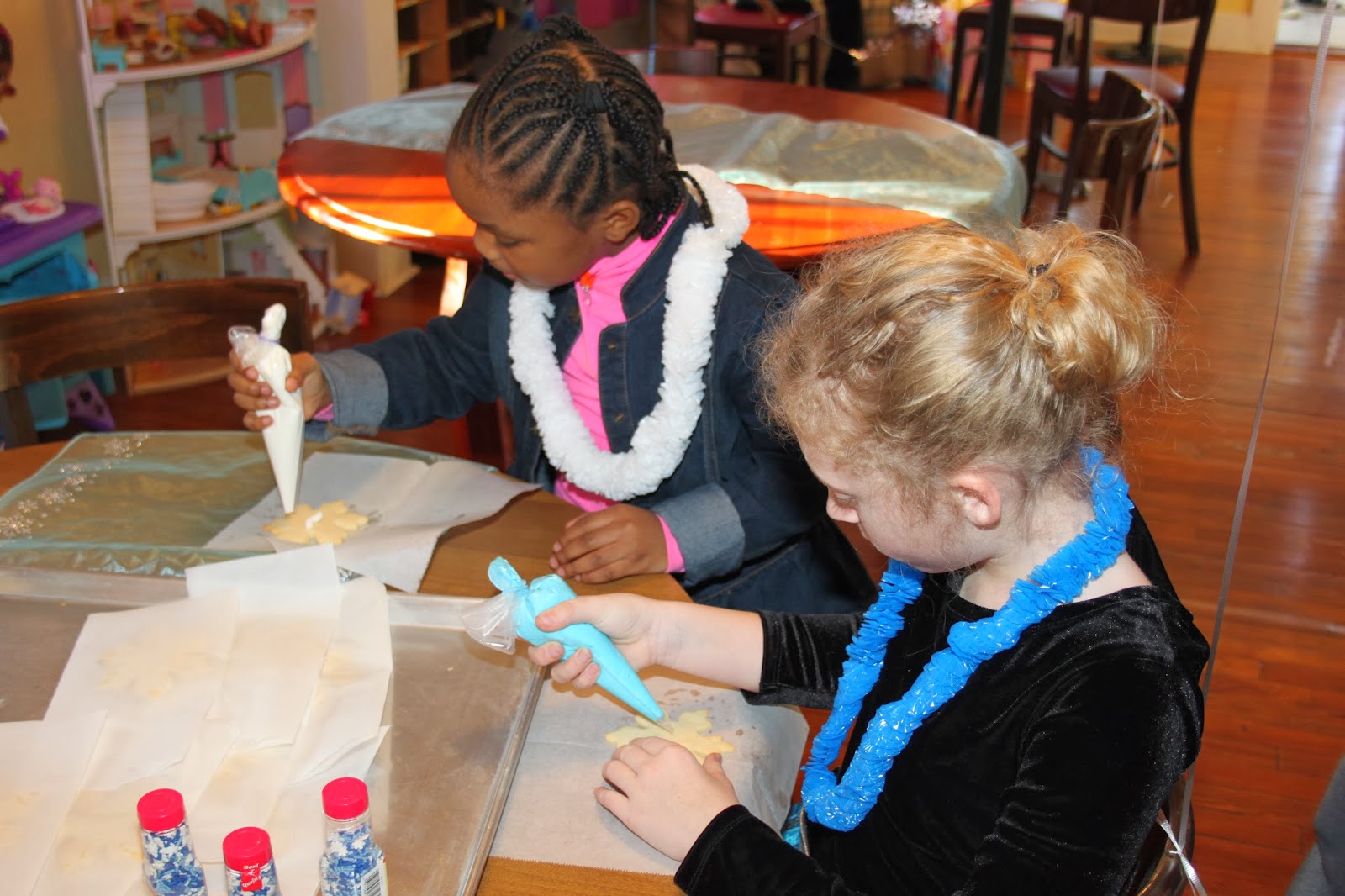 They hunted for Olaf's nose: 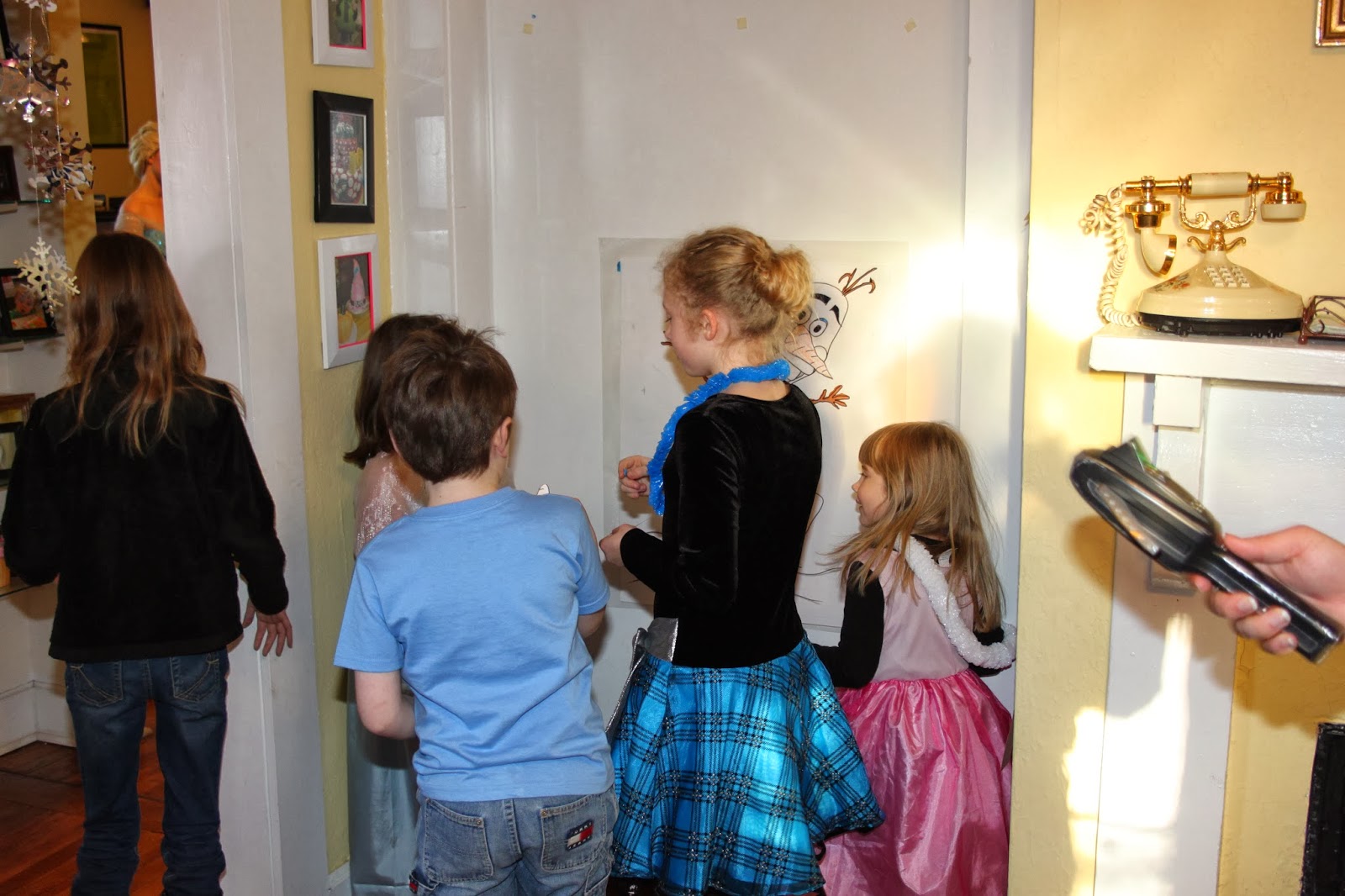 They hung out with princesses: 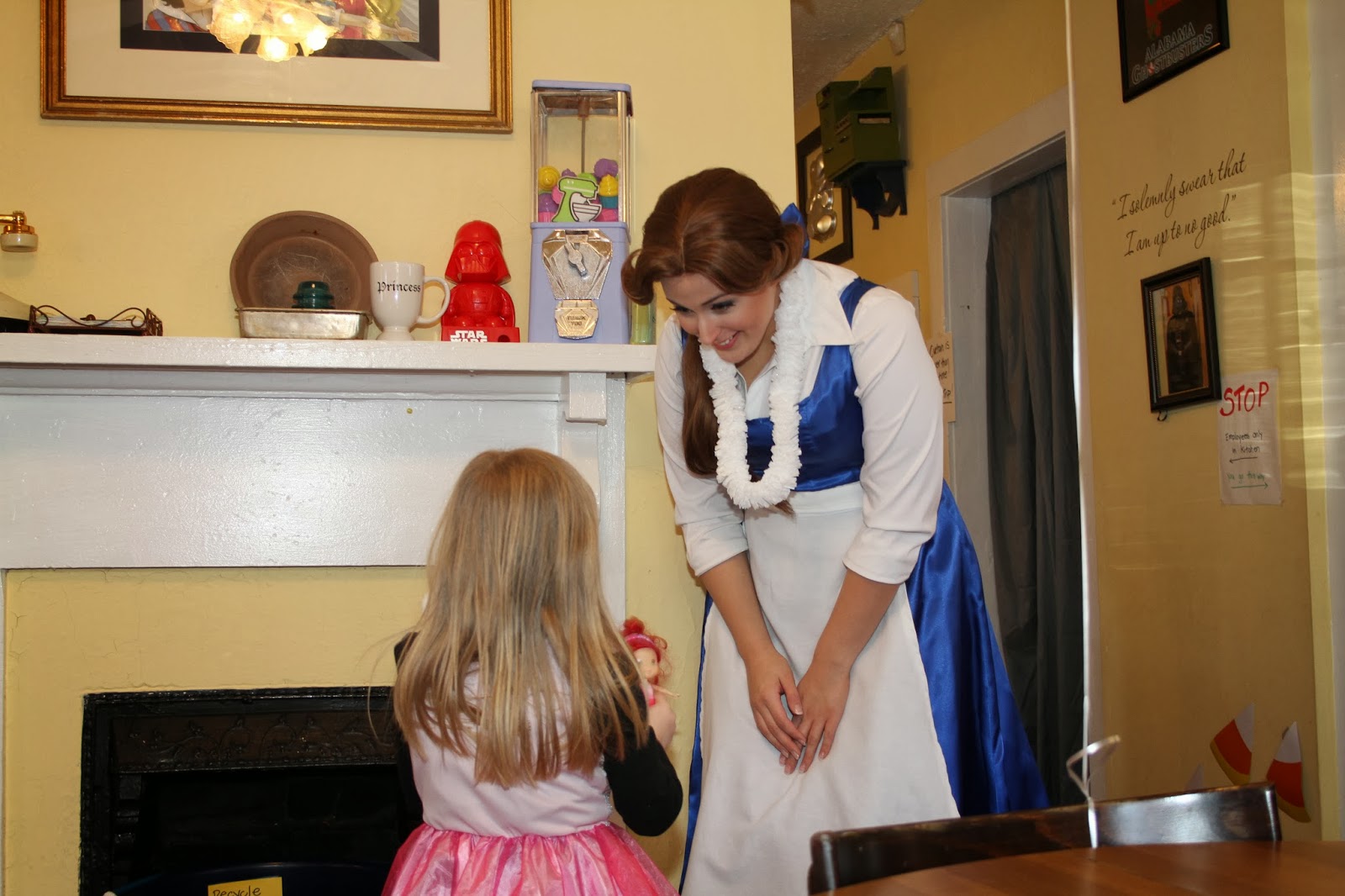 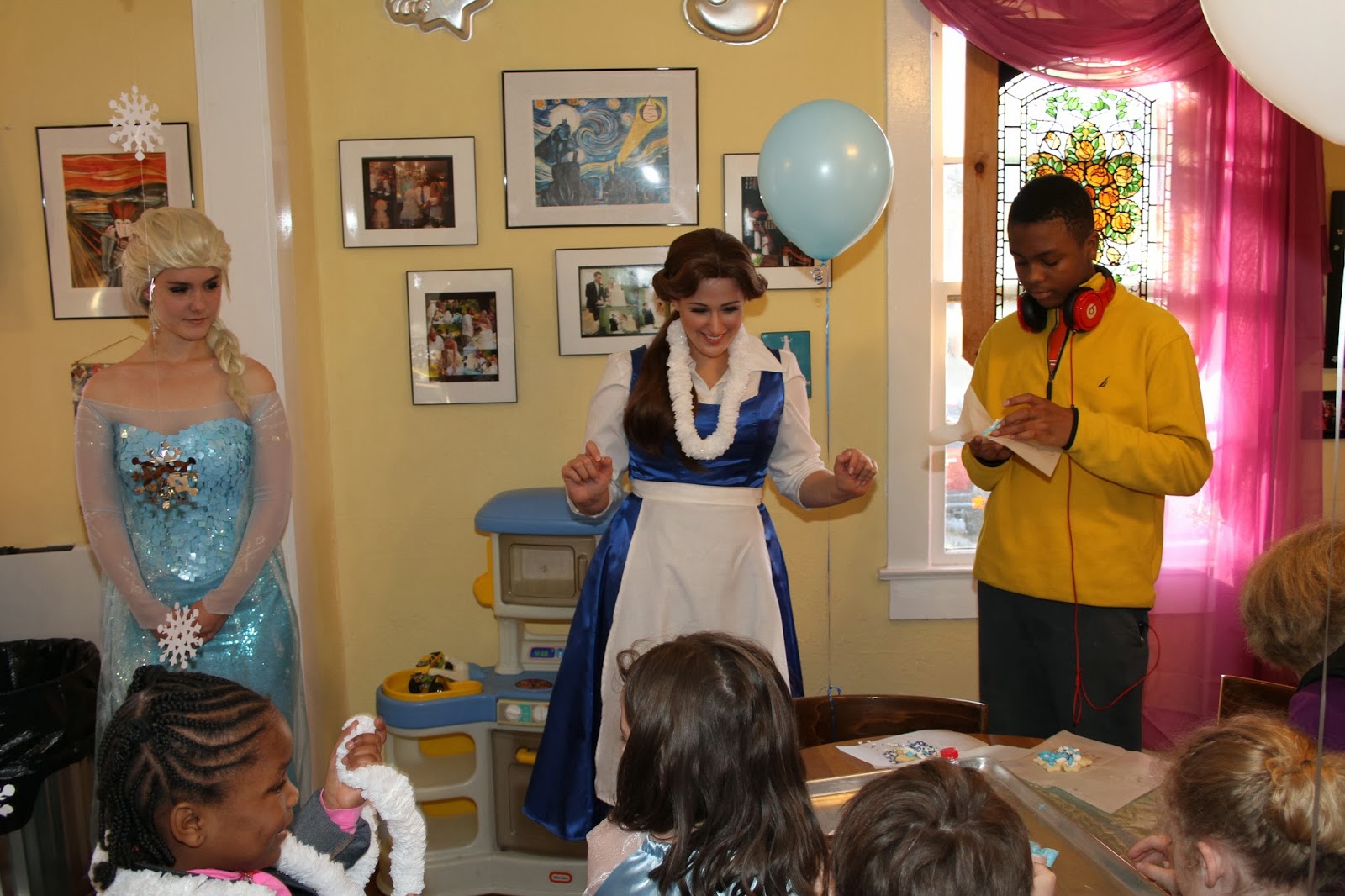 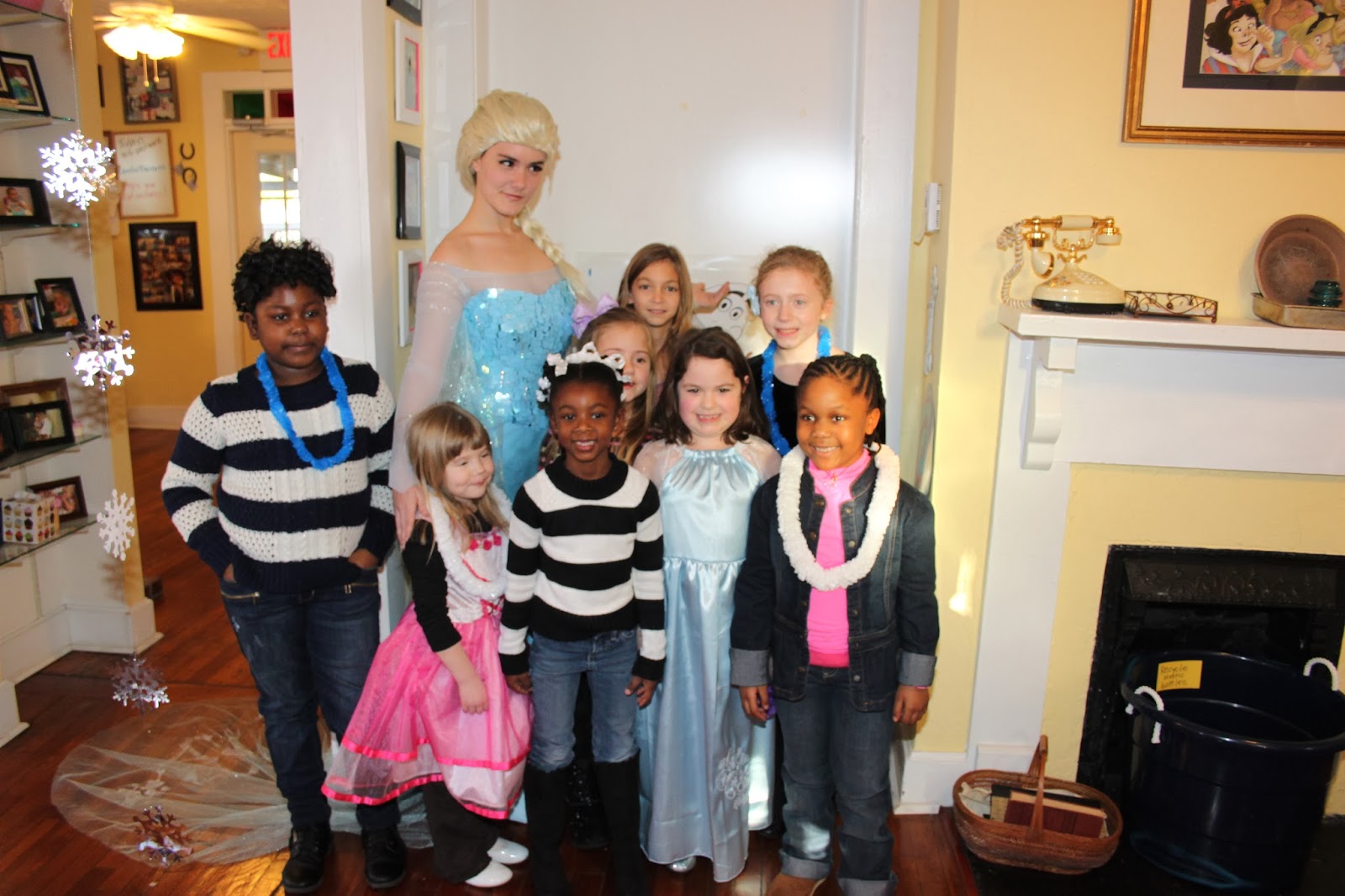 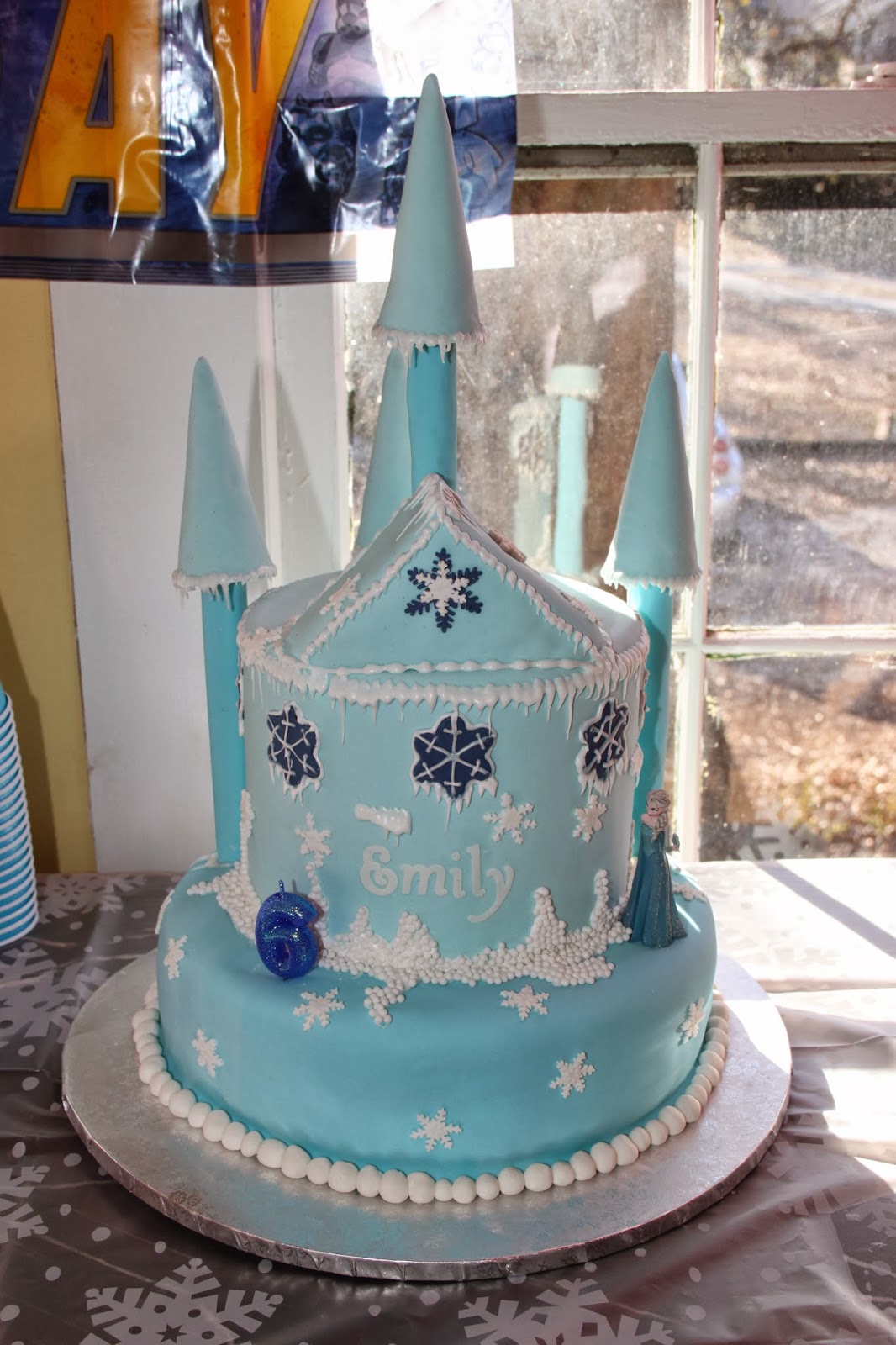 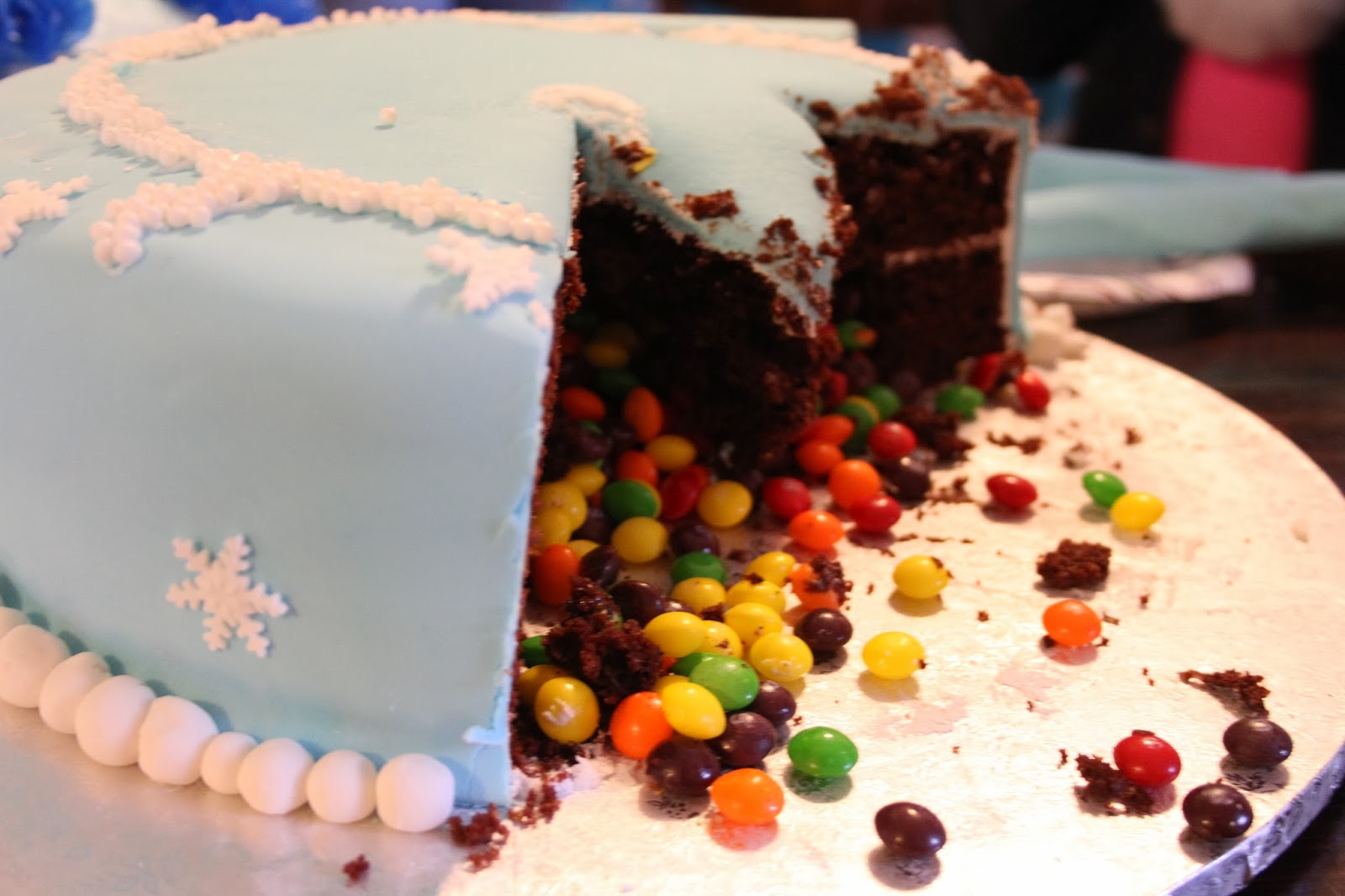 And so, I get to keep my mommy wizard cred for another year. 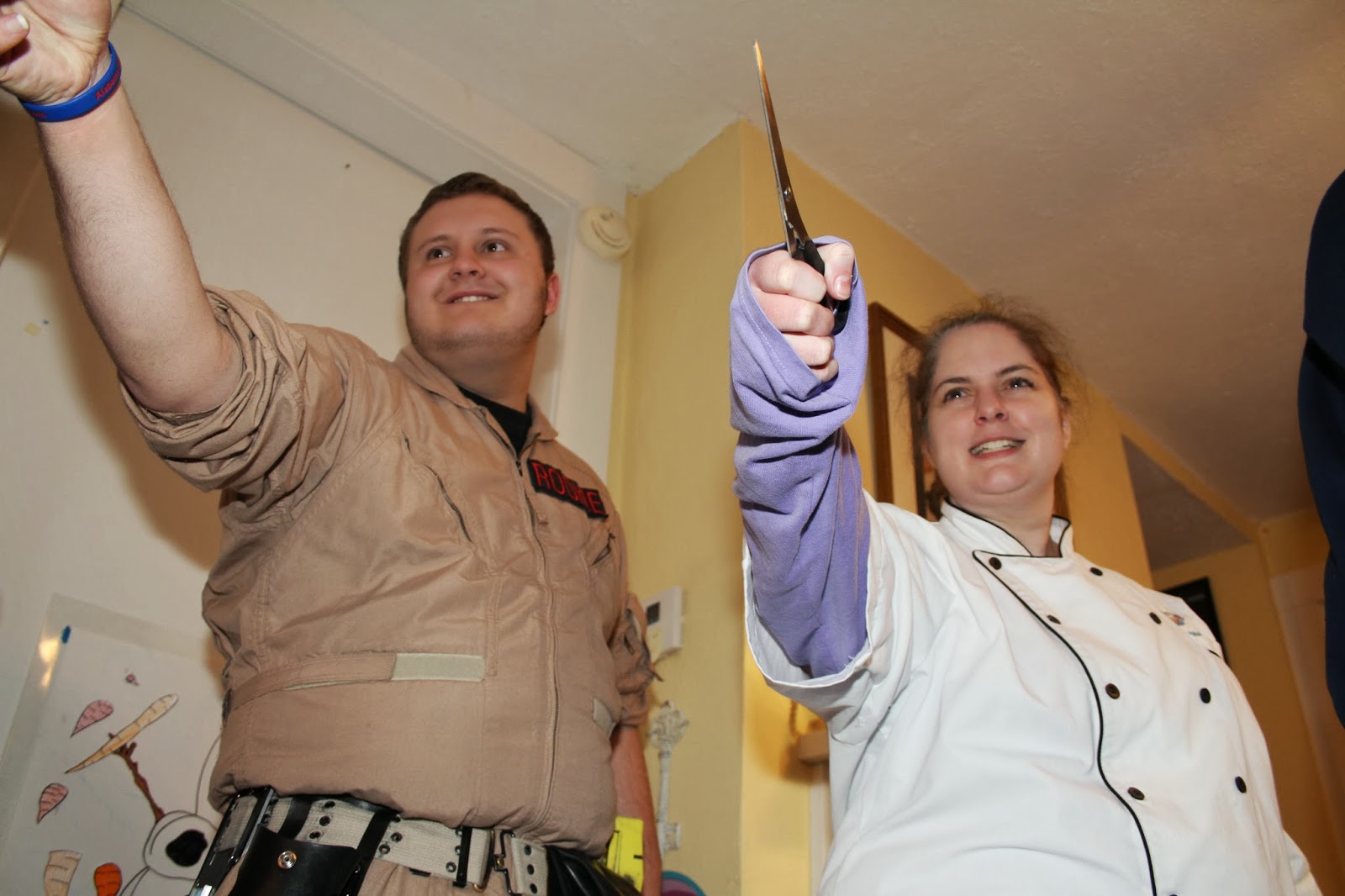 Immediately after the Bellsa party, we had to reset the bakery for a Sunday afternoon tea party. Boom!
I don't have any pics from the Sunday afternoon tea party... but I do have a video of Ariel that I snapped from the kitchen. Unfortunately, Blogspot is not loving the video tonight. I'll try to get it up soon.  If you have not had the chance to see Princessious in person, you're really missing out:

And so that crazy weekend is over. There are more pictures, hundreds more. I'll upload some to the Facebook page soon. I'm sad it's over y'all. 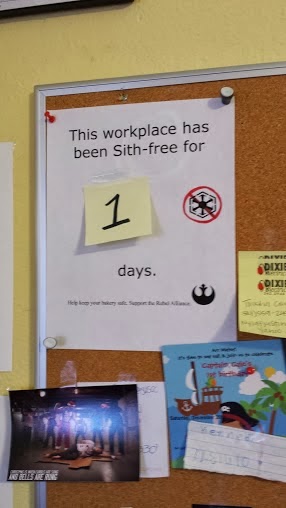 HUGE thanks to Brock and Rookie and Matt and Shanna and Amie and Doss and Mary Wynne and Mike and Chris and everybody who came to the parties at Cakeapotamus this weekend! Here's to more good times!

Parties at the Cakepot! Part one: Geekfest

This weekend, the Cakepot hosted not one, not two, but THREE parties! They were all as different as can be. Check this out:

The first party was on Saturday afternoon and was for a little girl who was turning five. The birthday mom booked this party in late September/ early October which was good because the shenanigans that this party entailed took some serious Cakeapotamus planning and coordination. You have to understand... this is the kid who just came into the bakery one day, four years-old, and exclaimed, "Look mommy, a TARDIS!" Obviously her parents are doing something right. She appreciates the geeky Cakepot decor more than anyone, so I wanted to make sure her birthday was special.

We did the usual Cakeapotamus birthday stuff with decorating cookies:
And the Rock 'Em Sock 'Em's always seem to make an appearance: 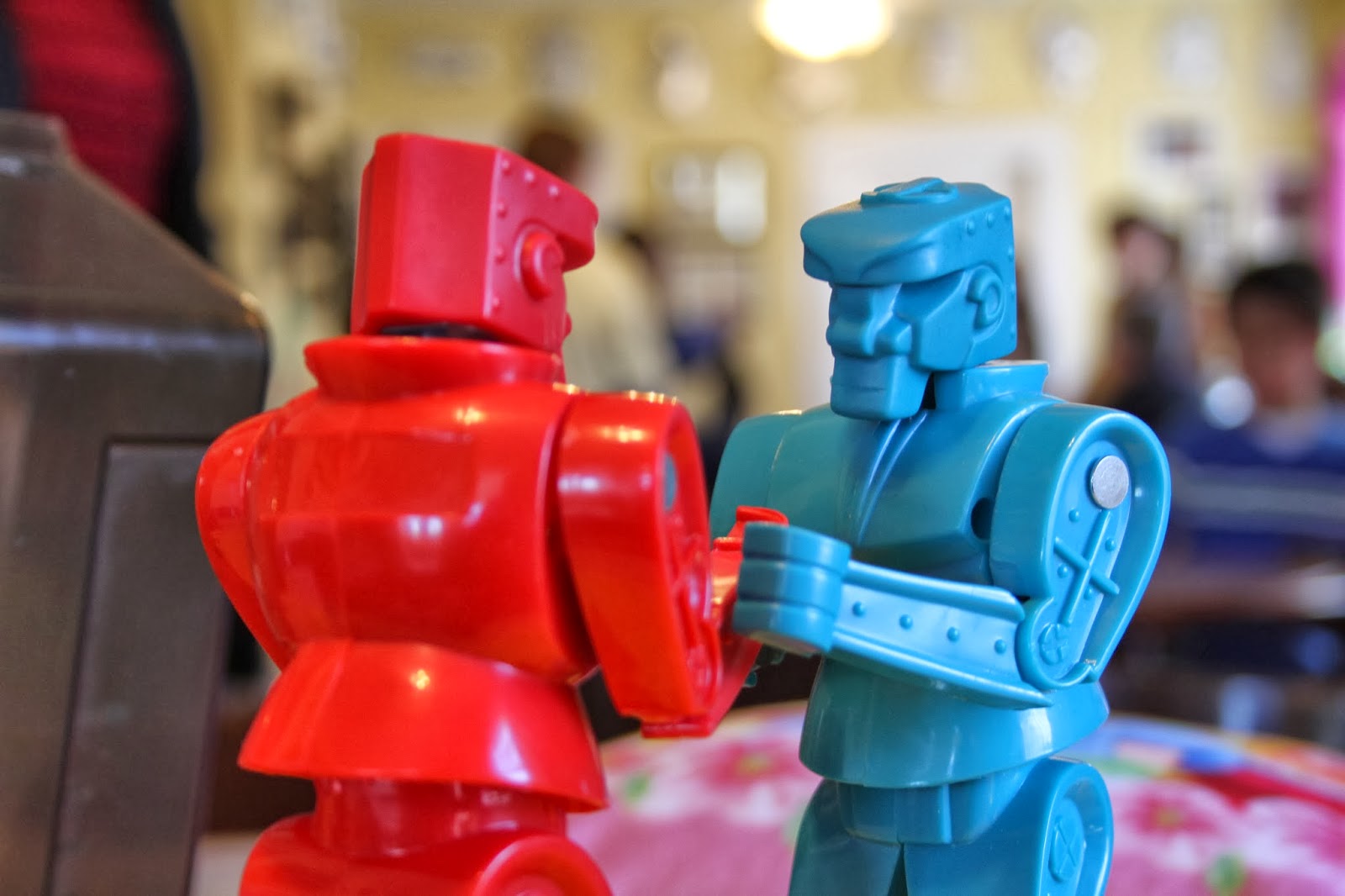 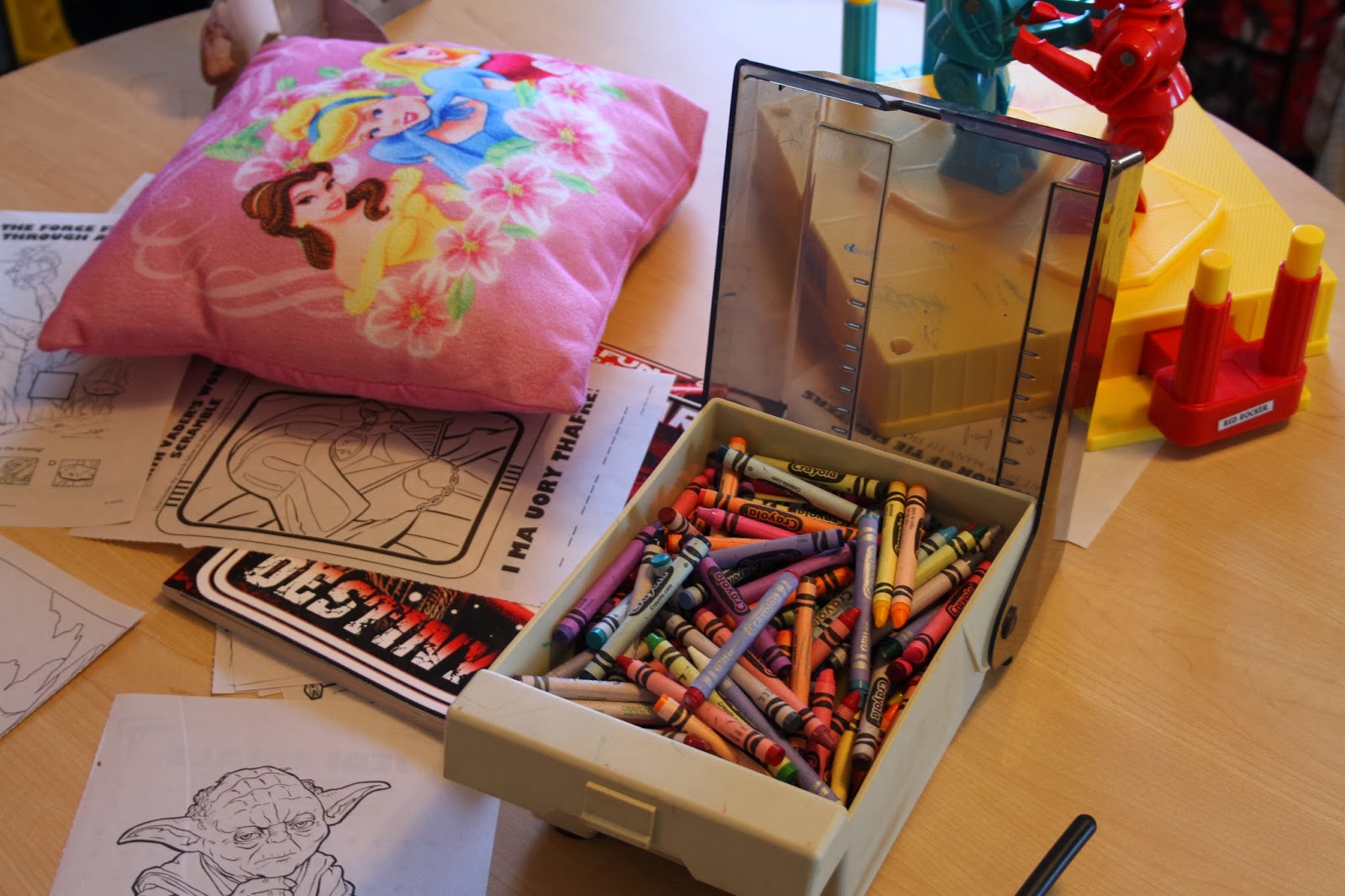 And playing with the stuff at the bakery: 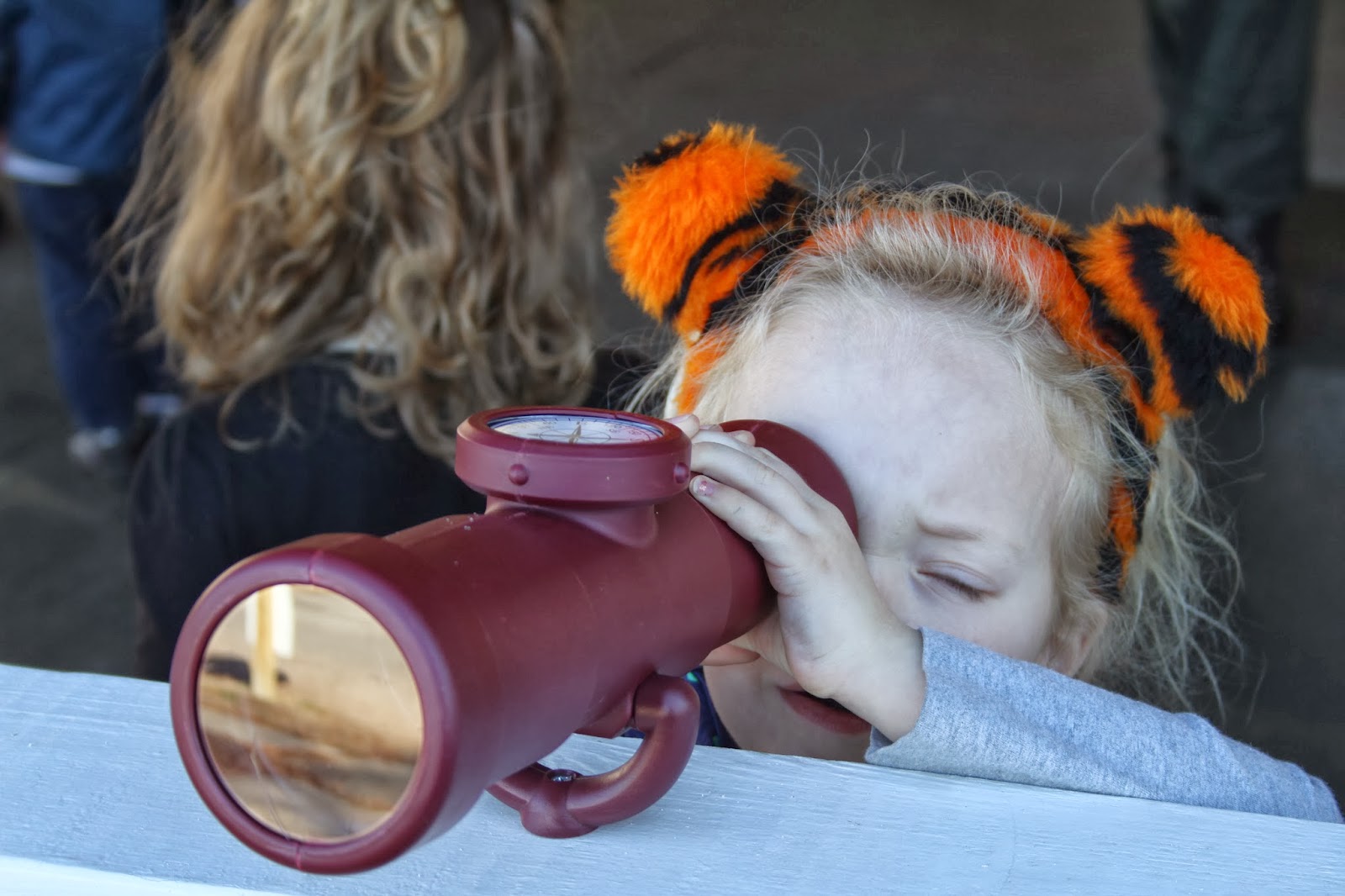 Even a pinata:
But this party needed to be special. The birthday girl and I had a lot... I mean, a LOT of conversations about her party. 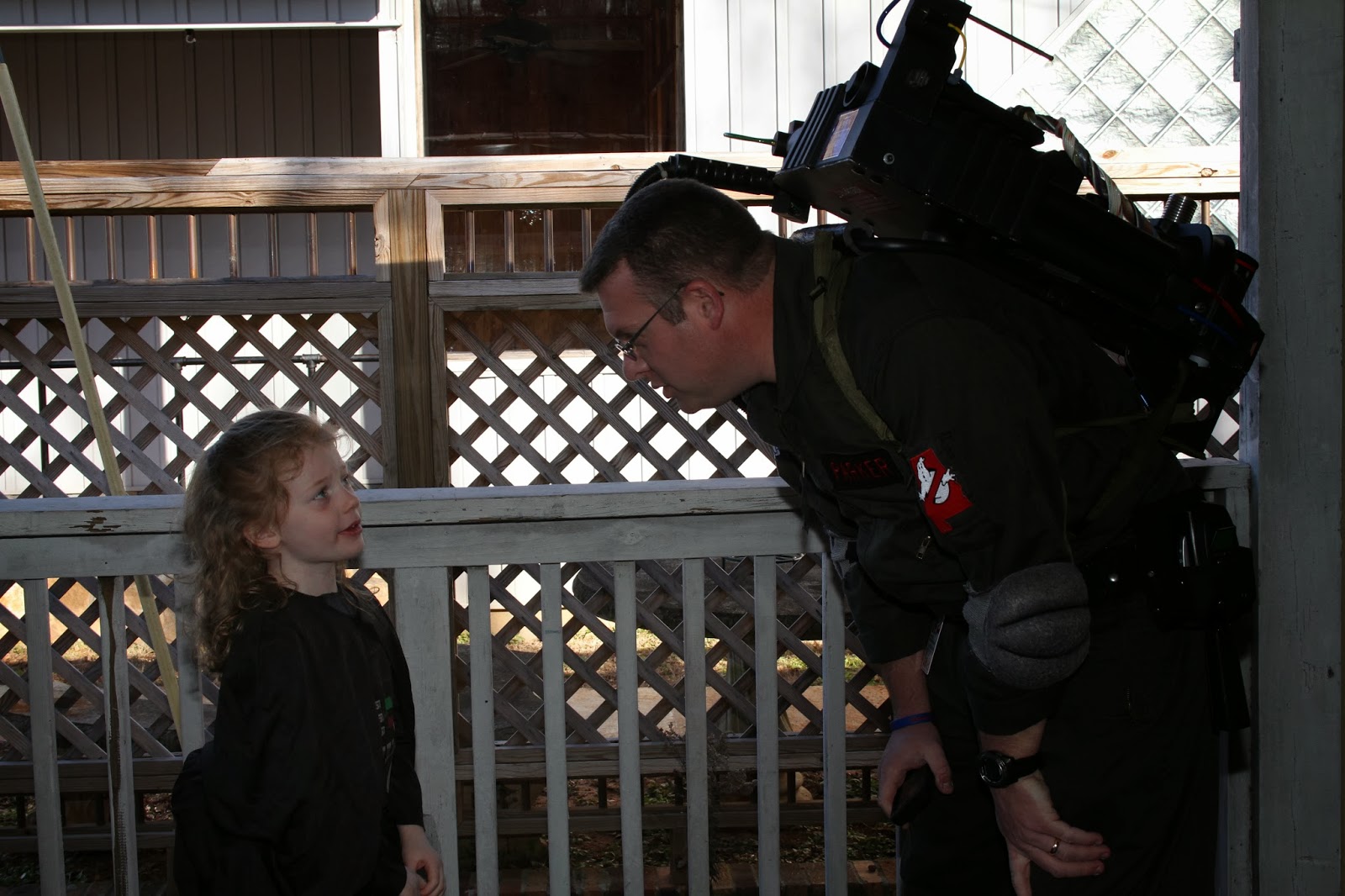 Not only did the Ghostbusters show up, they made slime with the kids! 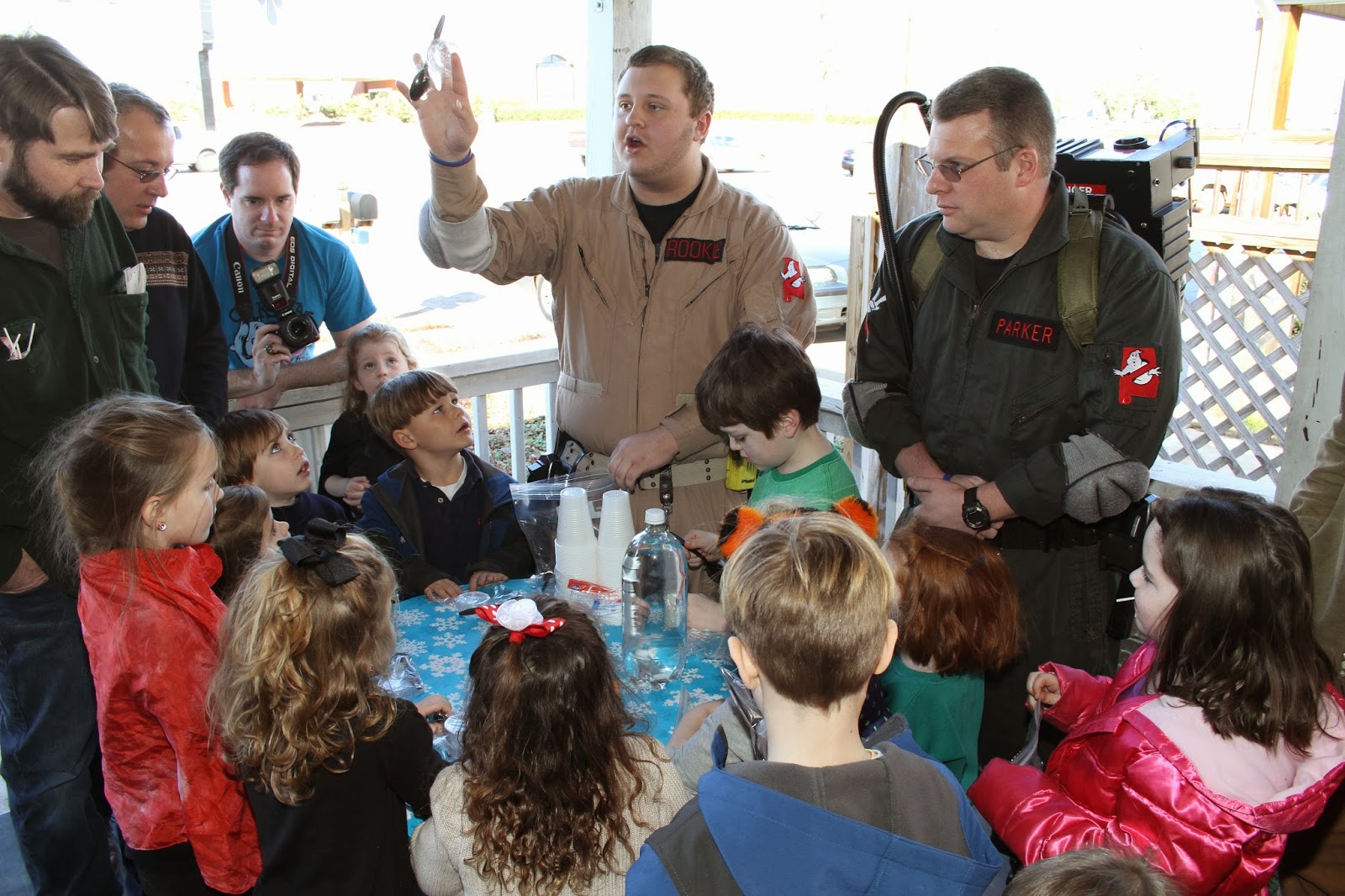 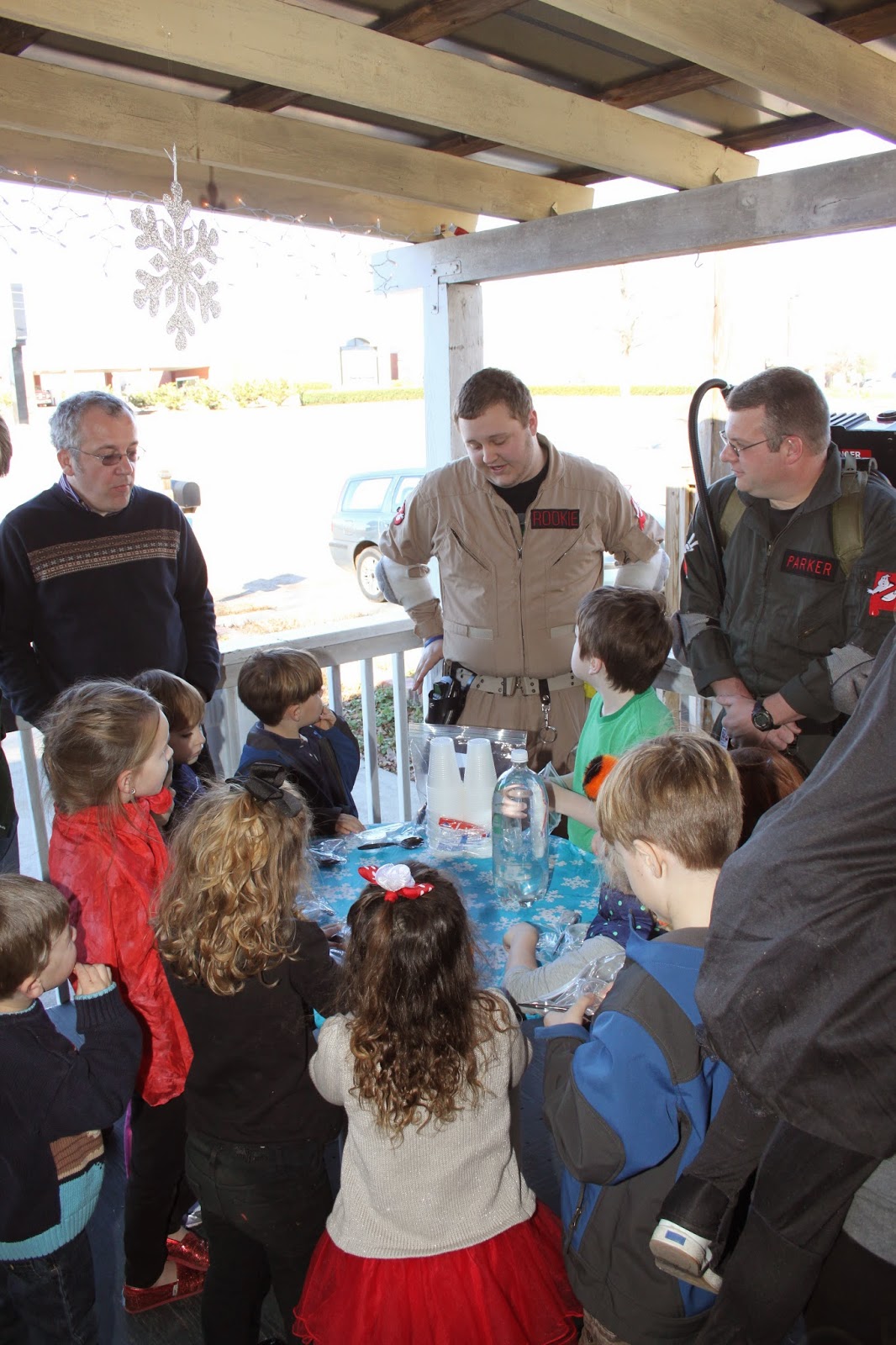 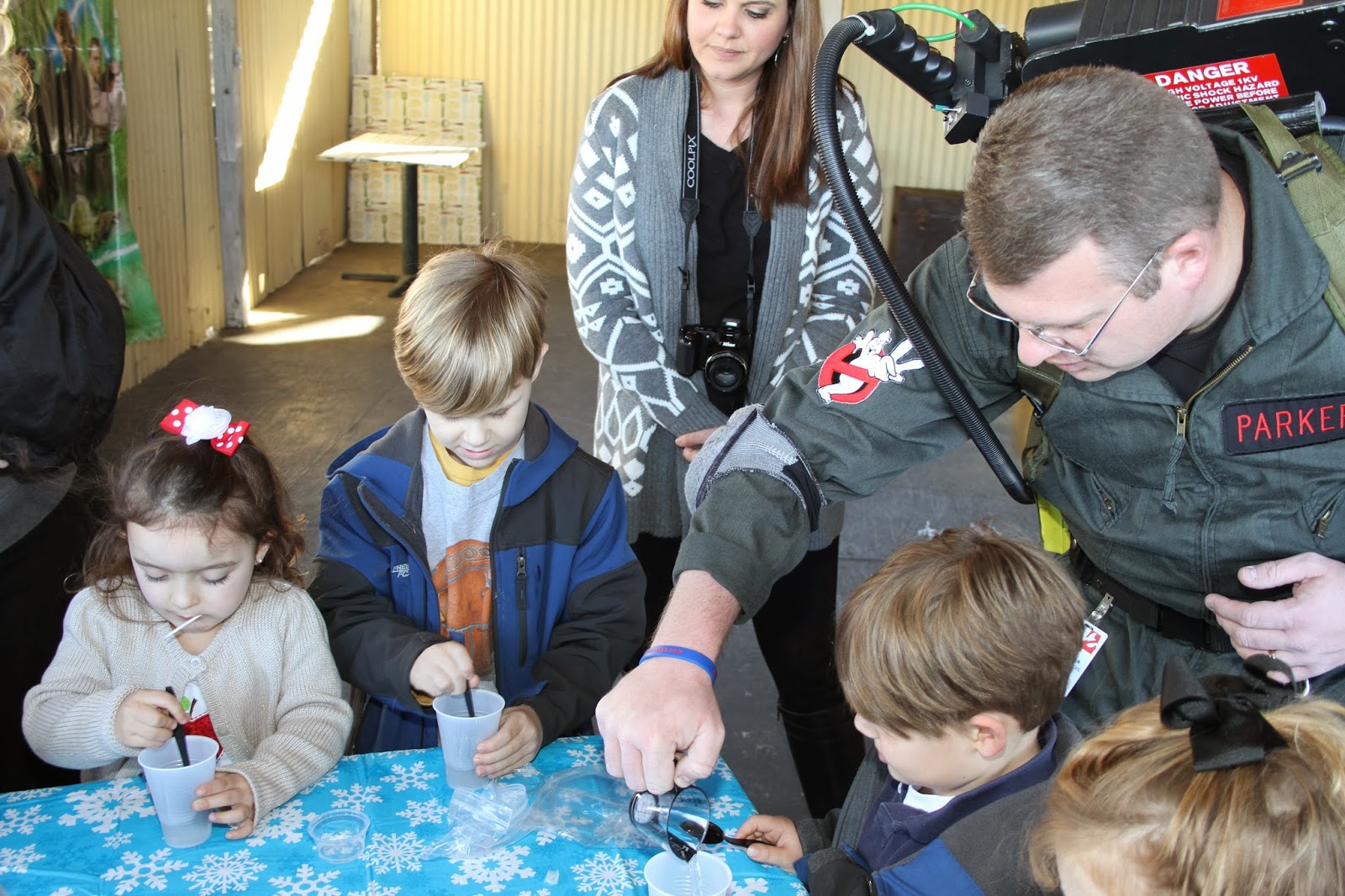 OK, that's pretty good, right? I mean, come on! I got the Ghostbusters to show up, with proton packs and uniforms, to her birthday party. They are the nicest guys in the world, y'all.

"What kind of cake do you want?"
"Chocolate. Ghostbusters. And Star Wars. Mostly Darth Vader."

Now, this birthday girl has spent a little time in the shop, and she's seen the pictures on the wall. She knows the Ghostbusters came to our grand opening. She also knows some Star Wars characters came. Because when you're four, it makes total sense that Cakeapotamus would be friends with Darth Vader in the Ghostbusters. It was not surprising, therefore, that she wanted to invite Darth Vader to her party.

Here's the thing, y'all. The Ghostbusters are local. They don't have to drive far at all to get to the bakery. Darth Vader, on the other hand, lives far, far away. Like three or four hours away. I was not at all sure I could convince him to drive all that way just for a little girl's birthday party.

I obviously underestimated the power of the Dark Side.

How great is this guy? Driving forever to make an amazing birthday memory for a kid he's never even met. It's like he's got a heart of neopolitan ice cream without the strawberry and with very little vanilla.

Almost all the kids loved him:

Once they got over the initial shock of an extremely tall villain who breathes through a plate in his chest, the kids found out he wasn't that scary.

That was the one o'clock party on Saturday. Three months of planning and coordination ended with an extremely happy kid who will, I hope, remember this one for a while. Actually... she was so happy and in love with her new unicorn, she may have wept a little. Or sobbed. Hard. Hey, that's the sign of a good party, right?

Up next: Parties at the Cakepot! Part two: Princesses

HUGE thanks to Chris and Mike, the official Cakepot photographers. You know it's a special event when those guys are there with their cameras.
Posted by mandi at 6:08 PM No comments: